I have popularized Dubcek in Berlin. Moments leading to Dubce Spring and August 21, 1968 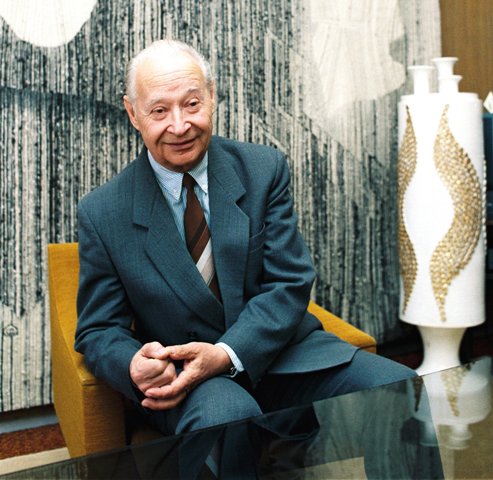 Czechoslovakia wanted to prove itself and under the leadership of Alexander Dubcek and show the world that socialism can be different from dictatorship and that it can also exist in the form of humanity and freedom. Dubcek and the people around him wanted to process and exterminate mistakes and communism, discover his crimes and reform it.

Especially in the beginning there was a lot of horror in Czechoslovakia.

In the trial against the former secretary general of the CCP, Rudolph Slanchev and his group of close associates and employees, the regime demonstrated its anti-Semitic face.

The charge against all fourteen was the mockery of justice.

On December 4, 1952 Slánsky and another ten of the suspects joined.

Four months later, President Gottwald, the devotee of Stalin, died. They followed four years of deadlock, President Zapotocky. After him came the despotic and hated President Novotny, who ruled with an iron hand and accomplished all of the Kremlin's missions.

In 1963 a conference took place in Castle Liblice in May about the work of the Jewish writer and publicist Franz Kafka. This is considered by experts of political affairs in Czechoslovakia as the first introduction to the political spring, initiated by Alexander Dubcek

There have been talks about abuse of power by the communist bureaucracy, and they have even led to the first, although minor, political changes.

At the end of the year, the special commission presented its investigations into judicial crimes carried out in the 1950s.

Economist and politician Ota Šik had an important program speech on 4 June 1966, calling for the introduction of market mechanisms in stereotype five-year plans and at the same time demanding the implementation of an individual initiative in an economy that became increasingly inefficient.

The people of the Slovaks and the Czechs are waking up more and more from lethargy and devoted obedience to the party, and they openly open their excitement about the situation in which they live.

On 31 October 1967 there was a big student riot, followed by cruel police interventions. But there was already a turning point in thought, and the nation was no longer reassured and demanded reform. The leaders of the leading communists who support the reforms are Alexander Dubcek.

January 5, 1968 is finally a turning point in the history of Czechoslovakia

An influential group of communists around Dubcek will be deprived of the power of the former secretary-general of the Communist Party of the Czechoslovak Communist Party, Antonín Novotný, and his successor is Alexander Dubcek. Economic reforms and the democratization of politics are progressing rapidly. The censorship of the press expires and the right to own opinion is void.

But it does not like the Kremlin and East Berlin. Their concerns have increased over time and Brezhnev has repeatedly asked Dubcek to cancel the reforms and return to the old politics. Dubcek has rejected it.

August 20, 1968 at 3:00 pm They crossed the army of the Warsaw Convention to the border of Czechoslovakia and occupied it.

That was the end of the freedom and the end of Duberec's spring and the beginning of the long dark period between the Danube and the Vltava River.

Alexander Dubcek was my great idol and he stayed.

I saw a personality that reminded me of the great revolutionary of Latin America, Che Guevara, although he fought for the freedom of his people in a different way.

I began to promote the popularity of Dubcek in Germany, especially when he started to forget him in the West, and especially the younger generation knew nothing about it.

When I approached the birthday of his late eighties, I spoke with some of the most prominent German politicians who had personally recognized and respected him, such as former President of the Bundestag, Rita Süssmuth, and I turned to renowned journalists.

I asked them to organize large parties together in honor of Dubcek in Berlin. At home, in Bratislava, Ivan Laluha and Pavol Dubcek gave me valuable advice on the elaboration of the extensive program of the Berlin celebration.

I have been able to organize everything and celebrate Dubcek twice. Once with the SPD in the City Hall of Berlin, with the participation of big politicians, and secondly, I did that with the left party at their headquarters in the Berlin house of Rosa Luxemburg.

In both cases I had a lecture about our great Slovak and of course German politicians also talked about it.

In addition, I have done everything in the German press.

Here is a short excerpt from my articles in the western press about Dubcek: