Maas has warned of silence that can strengthen racism 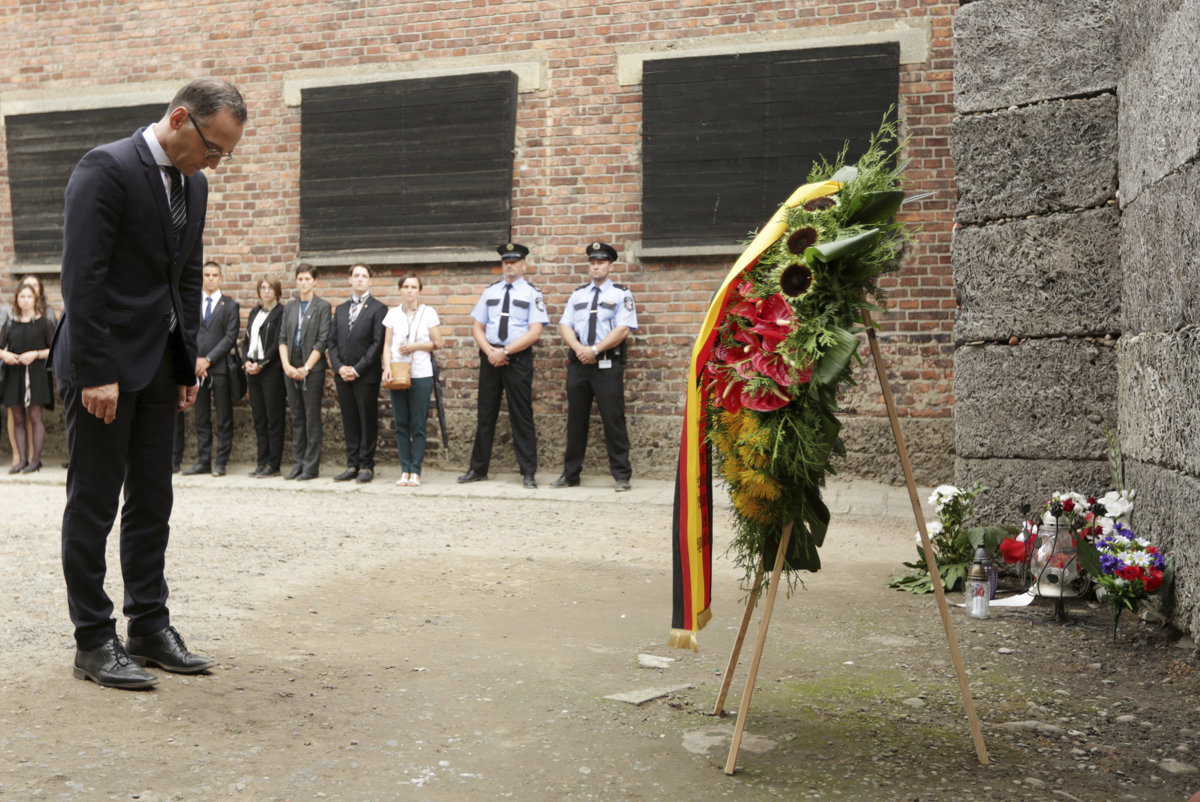 OSVIENČIM. Heiko Maas, head of German diplomacy, has called for a more prominent involvement against racism and anti-Semitism after Monday's visit to the former Auschwitz-Birkenau death camp on the territory of present-day Poland.

In his opinion, "the volume of racists and anti-Semites has something to do, especially with the silence of others." In Germany the majority is open to the country, but it does not say enough, he said.

"We need this place because our responsibility never ends, this is the worst place in the world, and you have to decide: either to lose faith in humanity, or to discover hope or power to stand up for the protection of humanity. dignity ", said a guest from Berlin who described the visit as a gesture" to keep memories alive of these incredible atrocities. "

Visit of the German minister after 26 years

Heiko Maas, during his visit to the camp accompanied by his Polish colleague Jacek Czaputowicz, became the first German foreign minister to visit this site on Monday. Klaus Kinkel did it last in 1992.

After a visit to the camp, the foreign ministers of the two countries met in a bilateral meeting in the Franciscan monastery in the village of Harmeza, less than five kilometers away.

Germany and Poland are neighbors, allies and important business partners. However, there is some tension in their relationships.

Warsaw claims that Berlin owes approximately 744 billion euros to it for damage caused during the Second World War.

Berlin, in turn, disagrees with the changes in Polish case law, advocated by the ruling government of Justice and Justice (PiS), and also criticized by the European Union.

Both ministers also discussed the situation in the meantime of a moderate legislative regime that initially provided for prison sentences and financial sanctions for anyone who attributes responsibility or co-responsibility for Nazi crimes to the Polish state in public and in violation of the facts.

Maas, in his own words, informed about the state of affairs and expressed the hope that the debate on this very sensitive issue would lead to a strengthening of the awareness of all concerned.

Czaputowicz stressed that his government still wanted to demand compensation for war damage caused by Germany during the Second World War.

"There is a feeling that Poland is being unfairly treated by the damage that the Second World War has left in Poland and the level of compensation in other countries," said the Polish diplomat.

The Polish government has not yet officially applied for Berlin, even though the wartime repairs have repeatedly been at the level of the PiS government.