Miracle in Croatia, VIDEO holidaymaker fell from the ship: Night dragon in the sea, yoga and singing 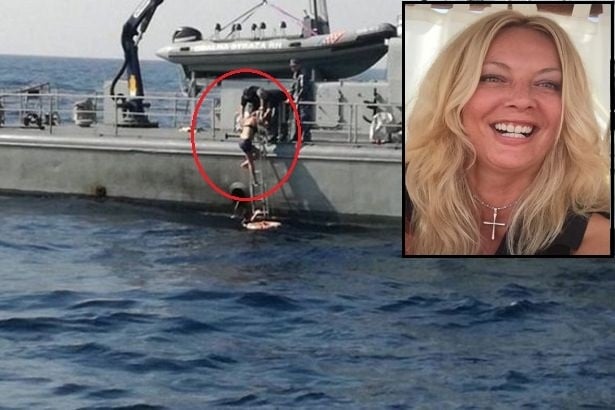 The woman fell from the Norwegian Star cruise ship to the sea on Saturday, just before midnight, about 95 kilometers off the Croatian coast. The rescue only took place around the morning, because it would hardly obscure the woman in the dark.

Incredibly, however, reality became reality, and a rescue officer aboard the coast guard's boat received a rescue at 9:45 am. It was about 1300 meters from the location of the accident and 60 nautical miles from the port of Vargarola in Pula, from where the rescue began. Five ships and an airplane were involved in the search.

Kay is transported to the hospital in Pula and according to the Croatian media is in good health as a result of her survival.

This is confirmed by the short interview that the British provided to the HRT of Croatian TV immediately after leaving the Coast Guard Coast Guard. "I fell from the back of the Norwegian star, I was in the water for ten hours and these great guys saved me" said a woman, showing no strange traces of what she had been through.

"She said she practiced and saved yoga, and at night she sang to keep it cold in the water," said one of the rescuers.

The circumstances of an unfortunate incident are investigated by the police. The British Embassy in Croatia was also advised.