PHOTO Putin & # 39; s meeting with Merkel: Heavy topics such as Ukraine, the gas pipeline and the future of Europe 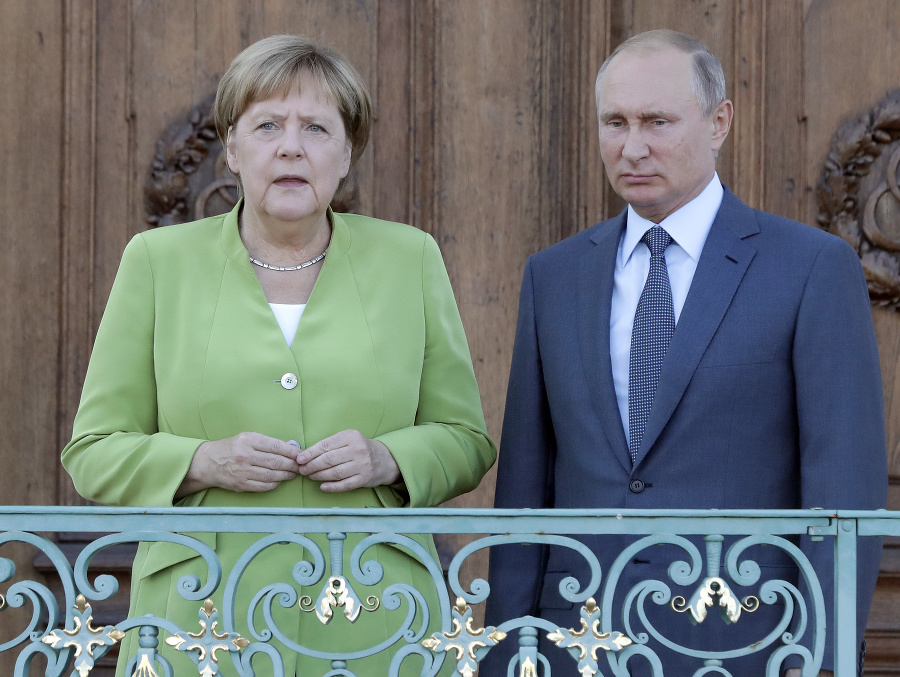 Merkel at a joint press conference said that both countries, but especially Russia as permanent members of the UN Security Council, are responsible for addressing these issues. The German Chancellor said he intended to raise human rights issues during a meeting with Putin and discuss bilateral relations with the Russian annexation of the Ukrainian Crimean peninsula in 2014. "I believe that controversial issues can only happen are addressed by "id =" 2237953 "border =" 0 "style =" width: 454px; "/>

Both leaders expressed their concern about Syria and the difficult situation of many refugees who came during this seven-year war. Putin said it was necessary to help Syrian refugees to return to their country and that Syria needed help with reconstruction. As far as Ukraine is concerned, Merkel hopes that a new effort will be made at the beginning of the new school year, leading to the separation of Ukrainian forces and separatists on the front line of Donbass

About the planned Nord Stream 2 gas pipeline between Russia and Germany, criticized by several EU members and the United States, Merkel said that Ukraine should continue to play a role in the transit of natural gas to Europe and welcomed the start of negotiations between the European Union, Ukraine and Russia on this issue.

Putin said that such a step must be logical from a commercial point of view. "I would like to point out that it is first and foremost that Ukrainian transit, which is traditional for us, meets economic requirements." North Stream 2 is an exclusive economic project, "Putin said, Putin, on his way to Germany, stopped as a guest at the wedding of the Austrian foreign minister Karin Kneissl on Saturday in the Gamlitz-Styria