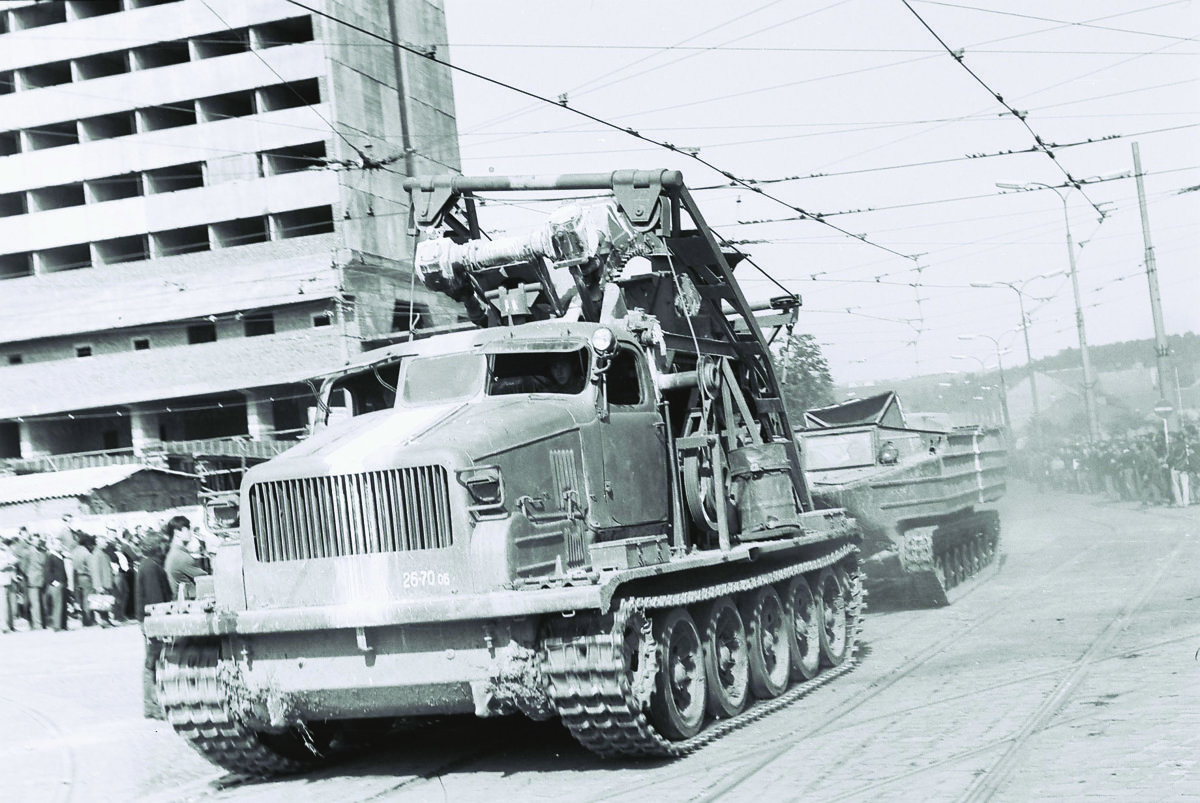 KOŠICE. The debate, the opening and the world premiere of the film Ask Your: 68 is the special offer of tobacco on the occasion of the 50th anniversary of the occupation of Czechoslovakia

Tabacka has prepared a program in honor of all for whom democracy and freedom of expression are worth 2018 from 18.00

Exactly on the day, only fifty years later, when the former GDR, the USSR, the Polish, Bulgarian and Hungarian people's republics exceeded the boundaries of the CSSR and occupied all major cities. 20 August 2018 at 9.00 pm Premiere of Barbora Bereznakova & # 39; s World premiere Let's call: 68.

A passionate mosaic of emotionally taught testimonies of ordinary people reminds us of historical events that have not only marked their destiny permanently [19659003] If the film inspires the public to ask their immediate family members about the events in August, the author was satisfied

On the same day, before the film, a screening of twenty-one posters took place, made on the initiative of the advertising agency Respect APP, following the murder of investigative journalist Ján Kuciak and his fiancée Martina Kušnířová in March 2018.

The designers of the world have made posters on SHUT UP!

A total of 384 artists from 36 countries, including from China, Poland, Cyprus, Jordan, Italy, South Korea, or the VS.

On the subject of occupation, standardization and their impact on present-day Slovakia, 20 August 2018 is also discussed at 19:00 by the Slovak historian Štefan Šutaj of the Department of History of the Faculty of Arts of UPJŠ in Košice , the Czech historian Michal Macháček of the Charles University in Prague (author of the first complete biography of Gustav Husák) and Zuzana Révészová, director of the Department of Research and Culture Statistics of the National Educational Center in Bratislava

The doctor will be moderated by the Department of History of FF UPJŠ Barbara Kacerová. In the evening the garden is illuminated by a special installation by light designer Róbert Farkaš, dedicated to the occupation of 1968.

Cinema Tabačka presents a documentary project by producer Petr Kerekes on 68. [19659003] De film is a collective, subjective view of the five directors ROV on soldiers by "friendly" armies, their opinions and impressions about the occupation of Czechoslovakia in August 1968 and the role therein. [19659021] August 68 to Kosice Main Street. [19659022] August 68 to Kosice Main Street. (source: archive)

Read the most important news from Eastern Slovakia on Korzar.sme.sk. All news from Baskets can be found at Korzári Basket