Protests at the Gaza border continue; 50 Palestinians are arrested 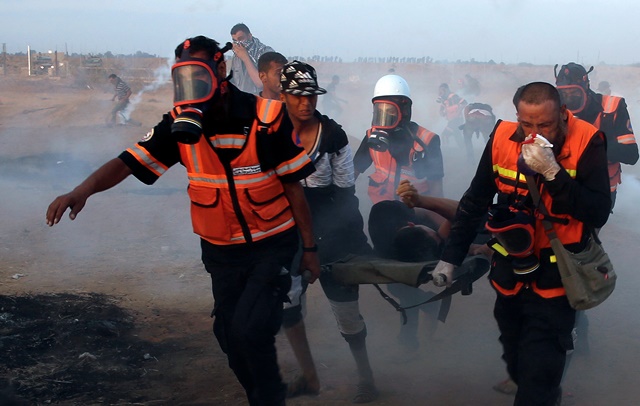 The arsenal of Israel during protests by Palestinians on the Gaza border with Israel on Friday caused 50 protesters to be wounded. According to the AP news agency, the Ministry of Health in the Gaza Strip said it.

Dozens of other people were treated after breathing gas, the ministry said.

The Palestinian Hamas militant movement, which controls the Gaza Strip, has organized the final border protest the last few days despite celebrating the Islamic holiday al-Adha. Participation is estimated at 5,000 people, which is one of the lowest numbers since the start of the organization of these shares. They are held almost every week since 30 March. In the confrontation with the Israeli army, at least 168 Palestinians have since died.

The protest is part of an attempt to draw attention to the Israeli-Egyptian blockade imposed on the Gaza Strip after Hamas was captured in 2007. Representatives of this non-recognizable Israeli movement negotiate through Egypt to mitigate the blockade in exchange for a ceasefire after a recent wave of violence that the extraterrestrial party has brought to the brink of a new war.