Putin gave his opinion on the latest sanctions against Russia: laughter did not exist 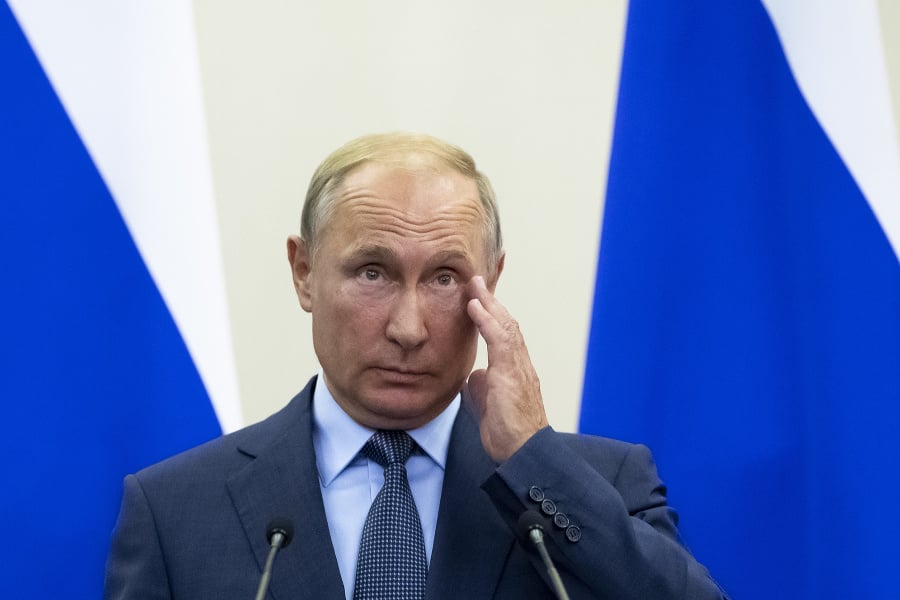 Putin said after the talks with Finnish President Saul Niinistom in Sochi that last month's summit with the US leader Donald Trump in Helsinki was positive, but accused Trump of his government to continue to punish Russia with sanctions. "As far as our Trump meeting is concerned, I see it as positive and useful, " AP Putin said. "No one expected all disputed issues to be resolved at a two-hour meeting, but direct dialogue and exchange of views are always helpful," he added.

Although Trump maintains closer ties with Putin, his government has stepped up economic pressure on Moscow for its actions in Ukraine and Syria, as well as Russia's alleged attempts to intervene in the US presidential elections in 2016 and to disrupt other Western democracies. Putin has noticed that "not only the position of the American president, but also the so-called establishment, the administrative layer in the broad sense of the word".

He said that American sanctions are "counterproductive and nonsensical, especially against a country like Russia". In his words, Moscow expects Washington to realize his nonsense and enter into constructive cooperation. Trump's administration filed additional sanctions against Moscow on Tuesday and a long list of two companies and two people suspected of trying to bypass previous US sanctions introduced in June in response to cyber attacks. One of these companies is the Slovak company Lacno s.r.o. Together with Petroleum Vela-Marine Ltd, the Russian company Divetechnoservices helped to circumvent the sanctions. The Trump government has also sanctioned two Russian shipping companies for suspicious trade with North Korea.

With regard to the North Stream 2 gas pipeline from Russia via the Baltic Sea to Germany, Putin said the US is threatened with sanctions against this project, but Europe needs to meet its energy needs. Putin and other Russian officials say that the US resistance to the new gas pipeline comes from the American desire to get rid of a strong competitor and to push its own supplies of liquefied natural gas to Europe. "Russia is the ideal supplier of the European economy, we are ready to compete with each other, but we expect fair competition in line with international standards," Putin stressed.

The Russian leader also noted that Russia must respond to the deployment of NATO forces at its borders. He stressed that Moscow is prepared to discuss ways to increase mutual trust, such as the security of military flights across the Baltic. He added, however, that NATO is not cooperating on Russian proposals on this subject. "I do not think that the idea of ​​lowering the level of confrontation and raising the level of security in the Baltic is dead, it is exactly the opposite: it is becoming increasingly urgent" said the Russian president.