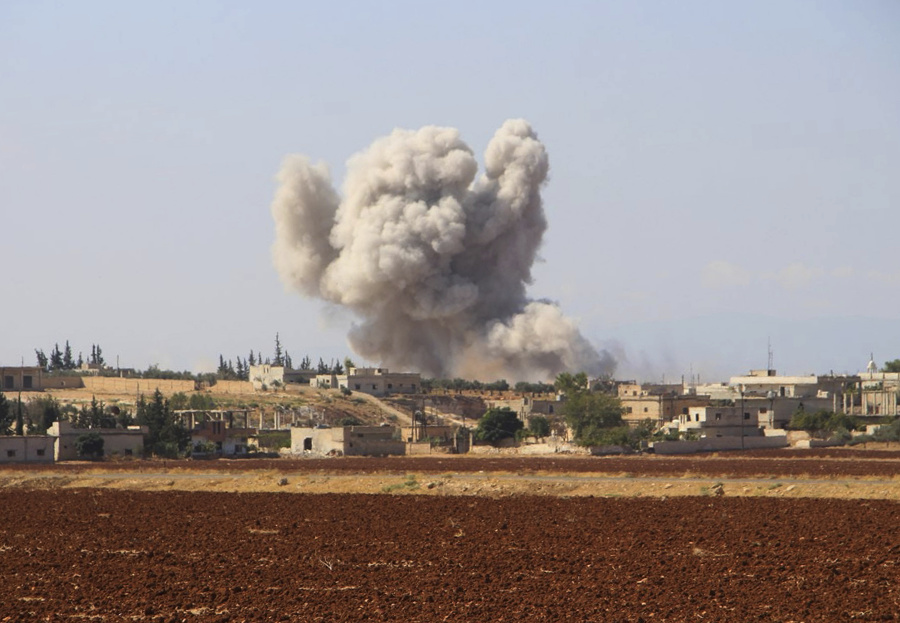 Syrian state television al-Ichbaria reported that the explosions in Lázikíja had been heard for almost half an hour. It also transmits shots of bright flashes in the air. According to the statement of the unnamed military representative, the Syrian Air Force Defense fired missiles that were fired from the sea to the city of Lázijik, the right center of the province of the same name.

It is not yet known that the attack would have claimed a few victims. Explosions in Lázikeia were also reported by the non-governmental organization SOHR, based in Great Britain, according to which a munitions warehouse could be the target of a technical-industrial state institute. She added that it is unclear whether this warehouse served the Iranian or Syrian troops. Iran in the Syrian war supports the armed forces in Damascus.

The target of the missile attack on Saturday in the Syrian capital, according to the SOHR, should also store weapons for the armed forces of Iran or the Lebanese Hezbollah organization. Additional attacks were reported on 4 September from the provinces of Tartus and Hamá. Israel has rarely given military interventions in Syria, but has warned in the past that it will use military force to prevent the delivery of weapons to its enemies.

At least ten Syrian soldiers suffered injuries in a rocket attack on the ammunition warehouse that took place on Monday evening in the province of Lázikíja in the west of Syria. DPA reported Tuesday, referring to the social organization of the SOHR.

Several of the soldiers would have been seriously injured. The SOHR also said that it is still unclear whether an attack on the Lázike department store was carried out by Israel or a coalition led by the United States. According to activists, missiles have been reportedly fired from the Mediterranean where the Lázikíja coast is located.

The SANA State Syndicated Press Agency has reported this "enemy missiles were fired from the sea to the city of Lázikíja"that is the metropolis of the province with the same name. Syrian air defense would have drained some rockets.