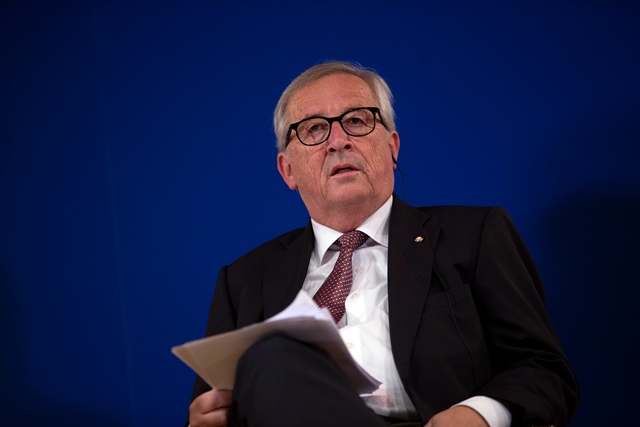 Greece has acquired a position at the heart of the euro zone and the European Union, and a new chapter in its history begins with the end of the macroeconomic adjustment program. The European Commission (EC) said Monday the successful completion of the three-year program under the European Stability Mechanism (EMS).

Commission President Jean-Claude Juncker said in a media report that ending the rescue financing program for Greece and Europe is an important moment. He appreciated that, while the European partners showed solidarity, the Greeks accepted every challenge "with courage and determination".

"Today, when the Greeks open a new chapter in their history, they know that they will always be able to rely on their allies, partners and friends," said Juncker.

Commissioner for Economic and Financial Affairs, Taxation and Customs Pierre Moscovici told journalists that the end of the macroeconomic adjustment program is good news for both Greece and the eurozone. "For Greece and its inhabitants, this is the beginning of a new chapter after eight extremely difficult years, a symbolic point for an existential crisis for the eurozone, and the extensive reforms that Greece has implemented have laid the foundations for a sustainable recovery." he said. He stated that this recovery must be developed and maintained so that the Greeks "can reap the fruits of their efforts and sacrifices".

Greece has taken measures to ensure the sustainability of the budget, thereby reducing the government balance in 2017 from a significant deficit to the surplus that is expected to persist. The effects of these reform measures and consolidation efforts will be cumulated over time and have a positive impact on the sustainability of public finances long after the end of the rescue program.

According to the Eurocommittee report, the efficiency and effectiveness of public administration has improved and important structural measures have been taken to improve the Greek business climate and competitiveness. This makes Greece an attractive investment target and enable existing companies to expand, innovate and create jobs.

Steps have also been taken to create sustainable and universal schemes for pensions, health and social benefits, including the guaranteed minimum income system.

Thanks to these reforms, the EC has laid the foundations for a sustainable economic recovery and created the basic conditions for sustainable growth, job creation and sound public finances in the coming years.