The knife attack at the central station of Amsterdam were the Americans. The Afghan attacked 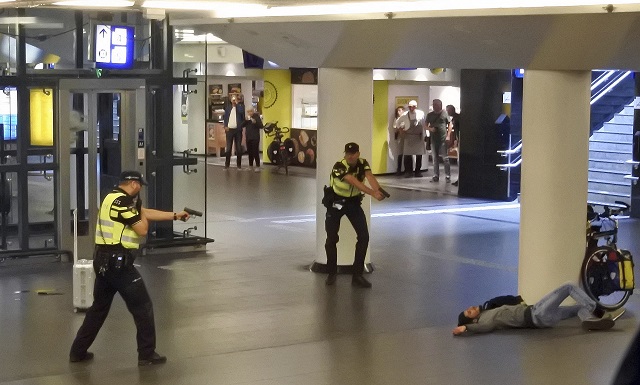 Two people who were beaten at the main station in Amsterdam on Friday are American citizens. This was confirmed on Saturday by the American ambassador in the Netherlands, Pete Hoekstra.

As AP noted, a nineteen-year-old Afghan citizen attacked the couple whose police immediately shot the gun. He ended up in the hospital, just like the Americans did. They have serious, but not life-threatening injuries, police said. He does not yet know the motive of the attack, but does not exclude that he was motivated by extremism.

According to the opinion of the city, the Afghan citizen had a residence permit in Germany and the German police had already contacted the German authorities.

The central station of Amsterdam is a busy hub, which also offers connections to Schiphol Airport. Friday is one of the busiest days of the week, because many tourists come to Amsterdam on weekends.