Home / slovenia / VIDEO: Do you remember how she kicked the fugitives? She is now released

VIDEO: Do you remember how she kicked the fugitives? She is now released 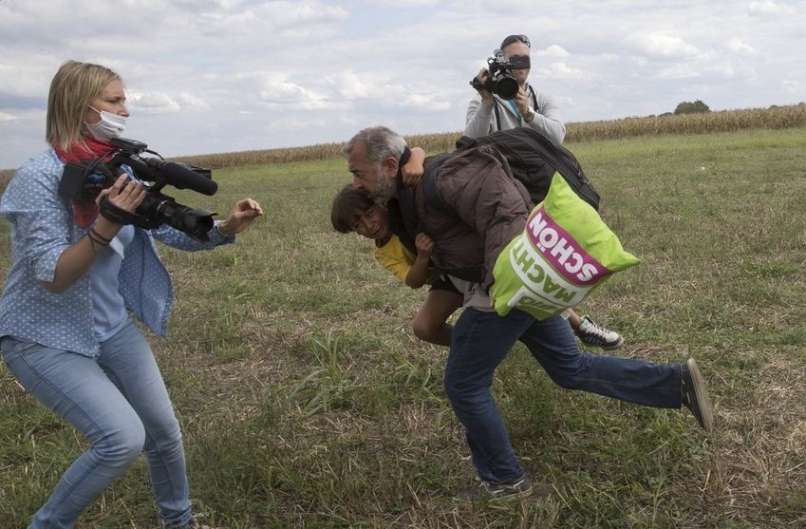 
The Hungarian Supreme Court released a Hungarian television camera man, who kicked refugees three years ago and flogged them at the largest wave of migrants on the Serbian-Hungarian border, and was sentenced to three years in prison as a conditional prison sentence.

Her father and son were spotted.

Hungarian recorder Petro Laszlo, who hit the headlines in the summer of 2015 because they kicked and alarmed the refugees who came to Hungary from Serbia, the court in Szeged sentenced him last year to a suspended prison sentence of three years.

"The cameraman was released for lack of violations," said the Hungarian Supreme Court Tuesday. It ruled that the two lower courts did not grant the appropriate sanctions for its actions. The cameraman must be accused of inappropriate behavior, which is not a punishable act, according to the court.

Morally disputable, not a crime

The Supreme Court ruled in the context "attacks by hundreds of migrants who tried to escape the police"and discovered that the behavior of Laszlo was different "morally disputable and illegal"but it was not a criminal act.

Shots with Laszlo, when they kicked the fugitives and stumbled, including a father with a child in their arms, quickly round the internet. The photo shows how a group of refugees started to play, who was playing at the Hungarian-Serbian border to escape the field for the police. Then she deliberately and consciously pulled her leg out and stumbled to one of the refugees who carried the baby in his hands to fall to the floor.

Her action immediately led to frustrations and turned her into a symbol of xenophobia, including a violent response to the refugee crisis in Europe.

The cameraman, however, apologized for her behavior during the trial and explained that she acted in this way because she was scared and panicked. Nevertheless, the service on the Hungarian internet TV N1TV, which had to be close to the far-right Hungarian party Jobbik, was canceled. 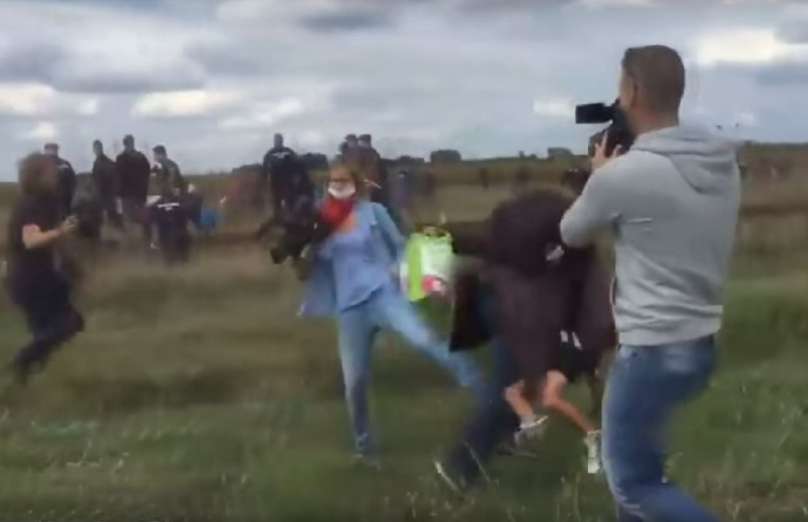