What threatens Ukraine more than the Kremlin 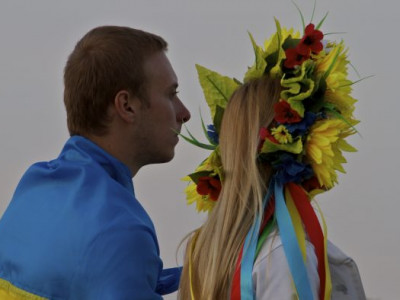 Ukraine is struggling with another serious problem in addition to the enormous corruption and hybrid war with Russia. It is a sharp demographic decline, which could be a more serious threat to the future of this country than a conflict with Russia in the long term. Although war is of course one of the causes of this problem.

The massive decline of the productive population to work abroad is currently under the bad demography of our eastern neighbor. The Ukrainian Minister of Foreign Affairs Pavlo Klimkin described this situation as a disaster nowadays. According to the data he spoke, about one million Ukrainians leave every year from Ukraine, and the situation will not change even in the coming years.

Other facts are also warned. According to the Permanent Statistical Service of Ukraine, the country has been confronted with a natural decline in the number of inhabitants in recent years. Only in 2017 the population of Ukraine fell by 200,000 people. Even the prospects for the future are not good, according to a study by the Ukrainian Sociological Institute Rejting, according to which almost a third of the population would want to leave the country. Usually young people up to thirty-five. The general of the Ukrainian Armada and former chief of staff of Mykola Malomuž warned that the withdrawal of the active concerns of the country has reached a national dimension on the scale of tragedy. According to him, people from Ukraine leave because they see no prospects and there are no conditions for free entrepreneurship.

Nowadays Ukrainians have the lowest average wages in Europe, of course they benefit other countries in the region that also have demographic problems and a shortage of qualified labor. part

So, Ukraine is one of the most prominent places on the UN list, which contains countries with the strongest shrinking populations. According to this forecast, the Ukrainian could be reduced to fifty percent by 2050. Interesting and alarming for our region is that this list includes a large number of countries from Central and Eastern Europe. Apart from Ukraine, Bulgaria, Croatia, Serbia, Hungary, Latvia, Lithuania, Moldavia, Romania and Poland. All these countries are faced with the prospect of a fifteen percent drop in the apothecary population. The demographers consider such a decline as unheard of, with the exception of the state of war.

Ukraine is suffering in particular from the fact that after Euromajdan and the subsequent outbreak of the conflict in Donbass, it has fallen sharply. Nowadays Ukrainians have the lowest average wages in Europe, of course they benefit other countries in the region that also have demographic problems and a shortage of qualified labor. The bulk of Poland, where one and a half and two million Ukrainians live and work today.

But it is not just Poland. Rules that would facilitate the arrival of Ukrainian workers are now being adopted by governments from the Baltic to the Balkans. For example, the Czech Republic doubled its quota for Ukrainian employees at the beginning of this year. According to data from the Czech Ministry of the Interior, the Ukrainians are the most numerous foreigners in the Czech Republic today. It lives nearly 100 thousand people, and the Slovaks are almost raided, whose Czech offices register about ten thousand fewer.

According to the information released in the summer by the Ukrainian ambassador to Yuri Mussa, more than ten thousand Ukrainians work there. Approximately thirty thousand of them have permanent residence and the remainder stay here temporarily.

Anyone who has visited Ukraine in recent times had to register a number of billboards with various agencies that are interested in working abroad.

Former editor-in-chief of the English newspaper Ukraine Today Peter Dickinson published a text in February entitled Ukraine, which was on its way to a perfect storm of demographic decline in the Atlantic Council. He writes that the greatest advantage of Ukrainian migrants is their cultural compatibility. Although Western Europe has become accustomed to its demographic loss of massive immigration from Asia and Africa, it is a politically toxic alternative for most countries in Central and Eastern Europe. Ukrainian economic migrants have thus become a good choice for states that urgently need new workers, but at the same time fear that the influx of people from other cultures will undergo their identity. The Ukrainians are their ethnic, cultural and religious neighbors of Central European neighbors, which greatly facilitates their successful assimilation. According to Dickinson, the Ukrainians will be the dominant minority in the cities of neighboring countries for ten years.

Ukrainian economic migrants have thus become a good choice for states that urgently need new workers, but at the same time fear that the influx of people from other cultures will undergo their identity. part

The author also writes that if Ukraine does not want to close the border, it has many opportunities to prevent the disaster. Resolving the conflict in the East would help reduce the pressure in the short term caused by one million internally displaced persons, but the outflow of the population will continue strongly until the salaries and cost of living in Ukraine are disproportionate in the neighboring EU countries.

"In the long term, nothing will stop the Ukrainians from continuing to vote with their feet until the country becomes more competitive, but the current differences in living standards between Ukraine and the poorest EU countries will inevitably lead to further population transfers, with Ukraine becoming the source of the resource. with the whole region trying to overcome its own labor-related problems – if Ukraine does not do anything important, this problem will continue to deteriorate: in one generation, the problem of leaving the population abroad could be a much more serious threat to the country than corruption, or the Kremlin, "concludes his Dickinson text.

Of course, it must be added that the associated ships – such as the paralyzing of corrupt oligarchs – and the end of the war in Donbass are important keys to improving living conditions in Ukraine. Incidentally, after all the survival of this country in the past hundred years, including famine, communist tyranny, the governments of corrupt political-oligarchic clans, up to the current Russian aggression, some better years would certainly be badly needed.