Analysis: this is required if Löfven has to succeed tonight 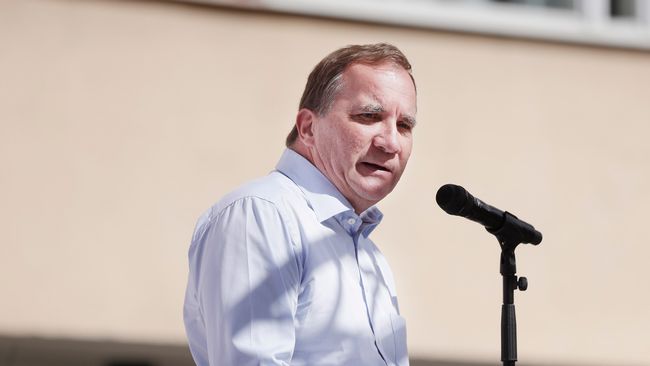 "There are many older people who say:" In my life I voted in the Social Democrats, but now it is over, they have fooled me. "Then they say:" If we have worked and paid taxes, we will not get the nursing and service we received when we retired and became old. "

That says Lulebon Sven-Erik in a report in Studio Ett. He was formerly a social democrat, but six years ago he went to the Democrats in Sweden. His testimony lays a finger on one of the biggest problems of the Social Democrats – the widespread discontent among those who feel deceived and forgotten by the political establishment & # 39; in Stockholm.

It concerns voters outside the metropolitan areas, with low incomes and shorter education. Those who rarely describe social democrats as "ordinary people". Earlier they took a job at the farm, joined the union and voted for the Social Democrats, just like Mummy and Dad. Now many of them think that Jimmie Åkesson (SD) is as for their action.

The hardest lost in Norrland, of nearly 50 percent when Stefan Löfven (S) was new as a party leader to just over 30 percent today, shows a recent Demoskop / Expresss measurement and those voters seem difficult to alleviate, despite the fact that the Social Democrats have abandoned their old fixation by the middle class in the greatest possible favor to win for a clearer offensive against the countryside.

S is against the worst choice in modern times

That is why Stefan Löfven traveled through the country to meet those "ordinary people". That is why he repeatedly repeats the classic ideals of the workers' movement and recognizes the "strong society". Yet the Social Democrats seem to be going against their worst choices in modern times.

In its election strategy, party politicians state that Social Democrats must win the 300,000 voters who weigh between the Social Democrats and the Swedish Democrats. An important ingredient for success was the intensified migration policy that was presented in May. It was a patch that had to be torn off before the elections, but it created the most difficult internal turmoil since Stefan Löfven was elected party leader.

The subsidiary organizations revolted, a riksdag member jumped off and several workers' municipalities took a public distance. An internal crisis of four months left before the elections. At the same time, they failed to convince those who, like the Party leadership, believe that a strict migration policy is a prerequisite for a strong welfare state, because in the same spirit it was clear that the government would submit its severely criticized bill to 9,000 non- to give guided people a new chance. Sweden.

S-selector goes to SD, V and the bank

The dilemma of Stefan Löfven is that the Social Democrats bleed in different directions, mainly to SD, but also to the bank and the left party. And when you try to convince a group, another one flies by. Another concern for Löfven is the issue of the government. For tactical reasons, Stefan Löfven would like to see the elections as a kind of referendum on the influence of the Swedish Democrats. A vote of Social Democrats guarantees, because SD never gets anything to say about it.

The target is of course Ulf Kristersson (M) who attacks Löfven to cooperate with SD. But what government base he thinks is still unclear. He talks less about a government with the Center Party and the Liberals. In a situation where the Social Democrats drop voters into the left party, it is difficult to overcome freaks with parties that want to withdraw the LAS (Employment Protection Act), lower entry wages and lower taxes to the OECD section.

Instead, Stefan Löfven wants to make up for the blocking of various issues – but how stable is it in an even more difficult parliamentary position than during the last term of office? And as far as the commitments are concerned, that they want to continue the current coalition with the Environment Party, it does not convince.

MP gets the blame

Both their own constituencies and prominent representatives of the S occasionally saw a shockingly reasoning marriage. In background discussions with social democrats, the environmental party is often blamed for the election of the Social Democrats. If it is not the only one, it is gas tax.

"I think the Social Democrats have lost support for this cooperation, and there is a black overloaded," said Karl-Petter Thorwaldsson, the LO president, in the recent Friday quarter.

But what about Löfven? A one-party state? Not a very simple maneuver for a party with 85 seats and a majority against themselves in parliament.

It is even worse for M

A pleasure for Stefan Löfven is that it is even worse for the old archive era. As long as the moderators go down, a very modest turnout is enough to create a good mood in the party.

"We are in a positive trend towards the moderates and if you look at other social-democratic parties in Europe, that is very good for us, as a social democrat expresses the issue.

According to Löfven, the most important conflict in these elections is the well-being and the Swedish social model. The election of 2018 is therefore no ordinary choice – it is a referendum on which society we will have.

Market rents, reduced taxes affecting prosperity, lower wages and privatizations with Kristersson? Or greater prosperity and a safer Sweden with Löfven? Then the voice message sounds.

But the moderators are not very enthusiastic about inviting the Social Democrats to their long-awaited right-wing conflict. And tango is not much without dancing partners. Before the 2014 elections, the message was that something was going wrong in Sweden. Now, the message "We have started to repair what was broken, give us four years and Sweden will reunite." The question is whether he can convince the spectators tonight?