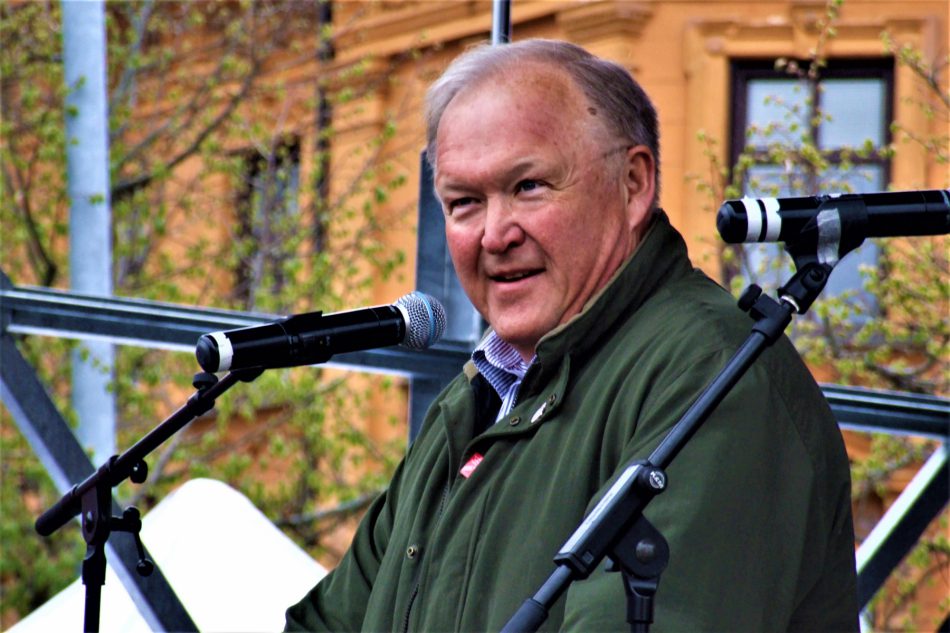 Says the massive immigration. Former Prime Minister Göran Persson (S) saw Swedish migration policy, which is dynamite in the election movement. He believes that "the large group of immigrants who have arrived in Sweden in the last ten years is a problem". The remarkable opinion of the Social Democrats is expressed in a book published today and announcing various media on Friday

"Swedish transparency must be part of the attitude towards immigration, but not the naïve policy with open doors for everyone," says Persson.

Migration is today the subject of the majority of the Swedish electorate. That is why Persson's opinion is very hot because it can be seen as a post in the electoral debate.

The problems with the large flows of asylum seekers are that it is difficult to get newcomers to the labor market.

Have to work
"Our model requires you to participate in the workforce, and if you do, you're more than welcome, the model works perfectly as long as immigrants work – then we can keep it," explains the former prime minister.

He does not believe that a dismantling of the Swedish model with lower wages and worsening employment conditions is relevant, but does mean that new measures must be taken. He mentions public employment, for example.

Another former, heavy politician who agrees with Persson's magical criticism is the former, moderate Minister of Finance, Anders Borg.

Tighten planes
He praises the current refugee policy of the current government, which he sees as a tightening and that it is "absolutely necessary to move in that direction".

"It is quite clear that we could not cope with 160,000 refugees without serious tensions, it was necessary to close the borders and keep Sweden's generosity to an absolute minimum," says Borg from the British journalist Bumblebee Nation. David Crouch. The hidden story of the new Swedish model ".

Anders Borg also defends the previous line of Fredrik Reinfeldt and alliance in the refugee policy:

"The starting point must be that you do as much as possible, your spontaneous reaction should be to invite people and then to adapt pragmatically to the new reality," he says.

His opinion on the labor market is that it must be more flexible given the type of immigration that Sweden has. The first wages must also be reduced in order to reduce unemployment among the unemployed.

Too low pensions
In the book, the author also focuses on the pension system.

Göran Persson is of the opinion that the Swedish system failed in the pensioners of the country – those who built the Swedish model. He means: "If you pay to the system, you will also come back".

– The pension system has a small problem – pensions are too low. We have to solve it. If we do not find a solution, we all agree that we will do this together, undermine and weaken the unwritten agreement between the state and the citizens, warns Göran Persson.