Hot as an alternative to the election of Sweden in Malmö 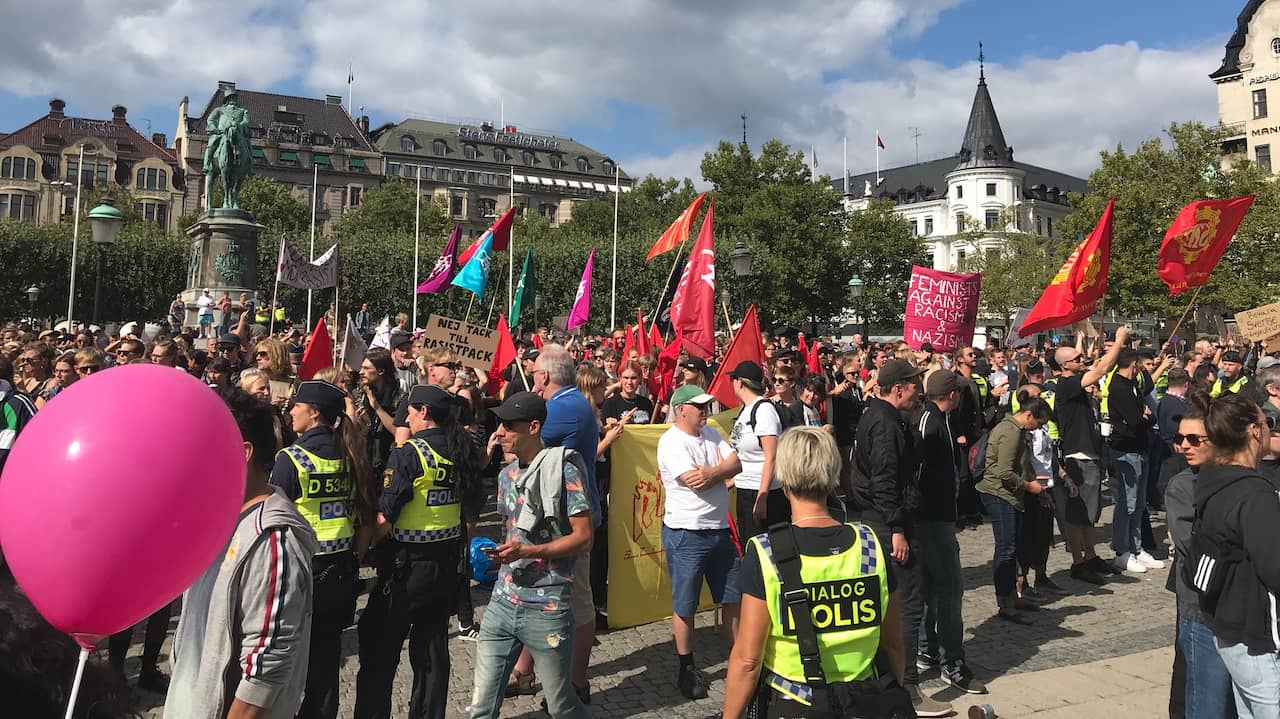 Police officers who are in place shall make a notification against the speaker who has also been informed of the suspicion.

The police will later investigate whether it is considered against the public.

One person was injured when he threw an egg against him. It touched the face. He wore glasses and had a slight wound on his face. The man was one of the spectators who came to Stortorget to listen to AFS, Alternatives for Sweden.

Another group of opponents had previously assembled an orchestra and performed their demonstration on the theme of folk music against racism.

"We have installed patrols and also have a dialogue with the police," said Kim Hild at the police management center in Malmö.

The atmosphere gradually became more threatening. A small group of opponents was gathered in a cluster and surrounded by the police.

Symphonies from AFS received protection from the police when they left Stortorget after the poll. At the same time, the police prevented hundreds of opponents from following them.

Malmö police also launched a helicopter that was located above the center of Malmö while the poll was taking place. The helicopter has advanced camera's.

When the police suspect that violence can occur, the cameras are used to collect evidence. The cameras have a very high resolution.
On the square, individual police officers were also equipped with camcorders. Storortorget also has permanent surveillance cameras.

AFS will hold a voting meeting in Lund later today at 15:00. The police also made a greater effort in the light of that meeting.