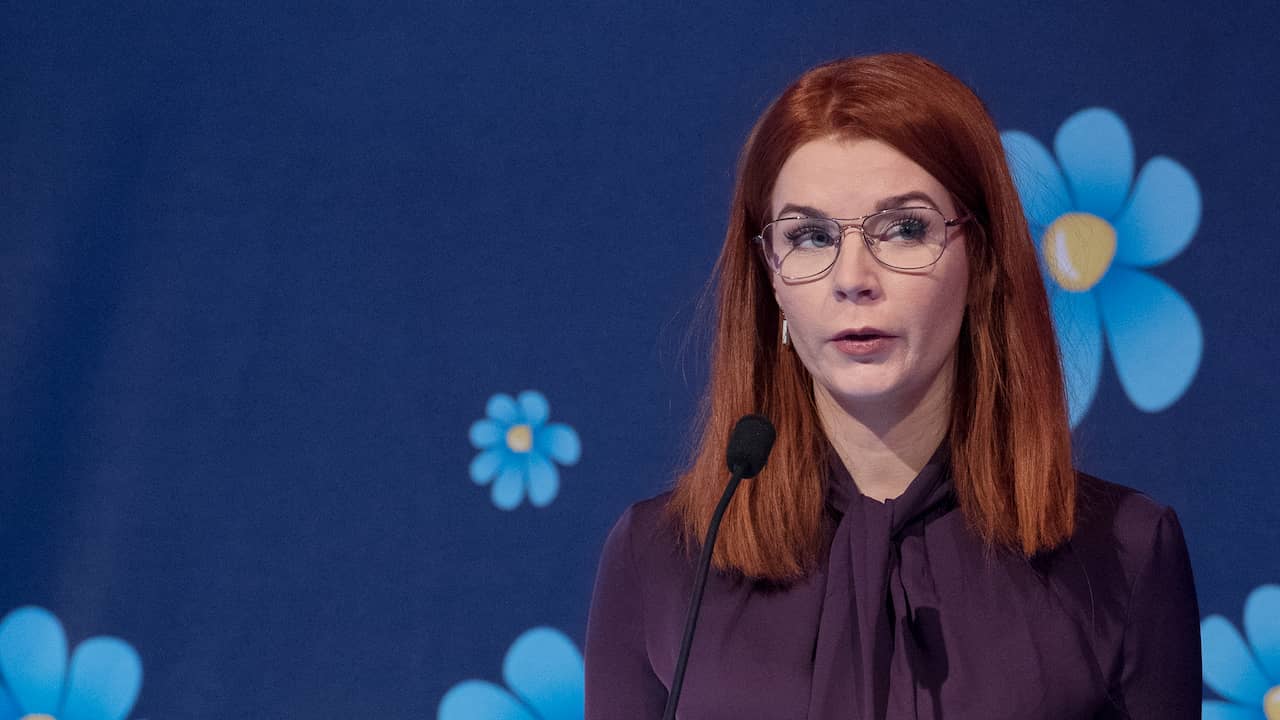 It was during a press conference in Sölvesborg today that the Christian Democrats in the city informed that they are now ready to start talks with the Swedish Democrats.

The party has presented a list of various points that want to reach a consensus with SD.

SD Group leader in Solvesborg, Louise Erixon, explains in a press release that you are looking forward to the requirements of the KD.

"We welcome the KD's choice to take responsibility and I believe that their adult attention will contribute to a reduced polarization that naturally favors democracy, regardless of what, this congregation must be governed after the elections and then it is imperative that no doors are closed during the elections.

READ MORE: The places where SD can be the largest in South Sweden

Robert Manea is group leader for KD in Sölvesborg.

"We can no longer ignore 20-25 percent of municipal voters, but must be willing to work with all parties for the benefit of the residents," he said in the statement.

The Christian Democrat leader Peter Kullgren says in a statement that KD does not cooperate with KD at any level.

"It is inappropriate for KD to make a common appearance in Sölvesborg The purpose of the press release seems a little unclear, but I understand it was the idea to explore the possibility of reaching agreement on a number of individual issues. , both in form and in terms of content.KD Sölvesborg told us that they no longer want to cooperate, says Peter Kullgren.

David Lega of the KD party board tells BLT that he will be amazed by the news. For the newspaper he says that there is a unanimous decision by the board not to negotiate with SD.

"This is true throughout the country, and of course in Blekinge and Sölvesborg," says David Lega against BLT.

The newspaper also had contact with KD district chairman of Blekinge, Thommy Svensson.

"The district is not involved in any way.

The first step in the cooperation will be about the local problem around Valjeviken and the closed pool there. In this case, you start a call before the elections. In the statement, the parties write that any remaining political negotiations will take place after the elections.

Louise Erixon has spoken earlier about SD's goal of taking over the power in Sölvesborg, where the party has a lot of trust among many residents.

Is KD cooperation something you do to try to be the biggest party in the municipal elections?

"We are already the second largest party, the situation in Sölvesborg is a bit special: we have doubled our election support every year during the last election and will probably end where we are fighting with the Social Democrats over the biggest party. it is not about the percentage we get, but because we are going to form a coalition and gain influence, "continued Erixon.

– After their list of requirements, we saw quite quickly that we agreed many points. They complement the policies we already have. It was surprisingly surprising and led us to discuss various issues.

Robert Manea tells us that the idea of ​​closer collaboration began during a weekend debate, which showed that the parties agreed on many issues.

"We can not just deflect the will of the electorate, if we have points where we think the same, then we will listen to each other.

– I do not like their policies. We have our demands and they have accepted them. It is left, among other things, to care for the elderly and the business community, where they feel about us.

What do the other members of the party say about this?

"We made the decision after a party meeting, we have the management behind us and our most important part is listening to our constituents." SD feels bullied in municipal policy, but so far we have discussed our requirements and want them support us in this.

Who initiated the collaboration?

Former KD leader Alf Svensson, who was present this year in Almedalen to support the party, is critical of the idea that KD and SD will work together.

"You sit in individual committees to discuss individual matters, you have to do, they will make their own proposals, but you do not do any political intercourse," he said in an interview with the evening after Elisabeth Lindbäck.

Alf Svensson: "KD should not do SD"

He believes that SD's human vision is "not democratic", making cooperation impossible.

– The first question to ask politicians, not taxes or contributions, but the wave of humanity. Document and see if you make it true. It does not do SD. You classify people in A and B teams, he says and continues:

– KD should not do SD. Only on the basis of human perception.

Expressen is looking for further representatives of the Swedish Democrats and Christian Democrats.