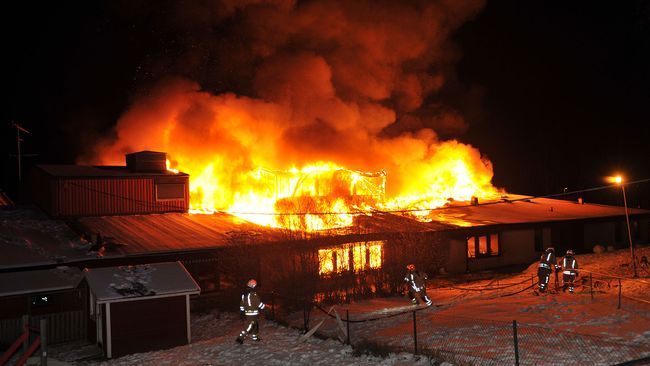 Last year the rescue service ran 21 school fires around the province. More than half of these, 14, are said to have been laid. This is an increase compared to 2015 when 8 of the 15 school fires were landed. This shows a new survey from the Norwegian Fire Protection Association. And the association now requires action from politicians.

– Unfortunately, this seems to be increasingly regarded as normal. If we had more than 400 cases of fires burned at Swedish workplaces, you should have addressed the problem immediately and started investigating where it was, "said Anders Bergqvist, secretary general of the Fire Protection Association in a press release.

The number of school fires in Sweden has increased by 47 percent in two years and according to the association is the highest since 2008.

Is expensive and causes concern

In addition to the risk of people being injured, the fires also have major economic consequences – the costs are calculated annually to a billion kroner. In addition, costs are incurred in the form of late school principles, deteriorating school environments and worrying students, parents and teachers.

"Many classrooms can be designed to make intentional fires difficult and reduce the risk of fire propagation, and should also focus on youth activities in socially-economically vulnerable areas and provide preventive efforts against bullying and mental health problems. Students who feel seen, heard and confirmed do not burn their school, says Anders Bergqvist.