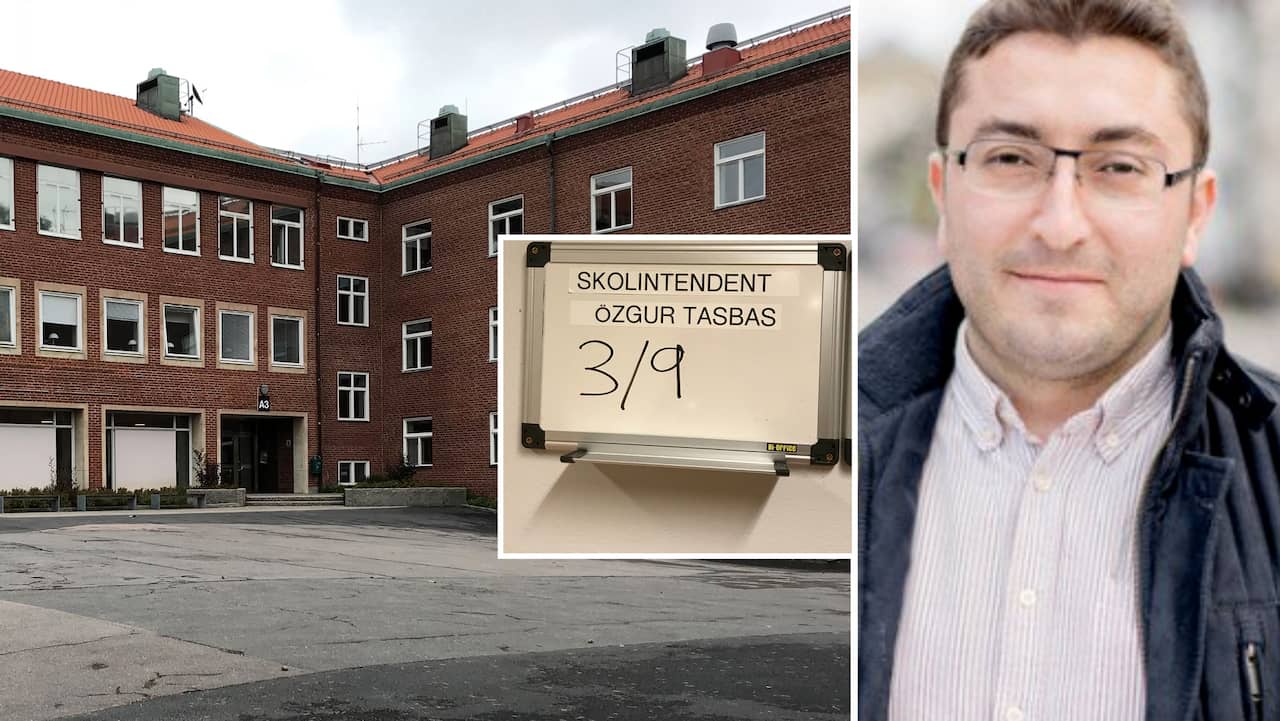 On 21 May of this year, the district administration in East Gothenburg announced a position as an intendent at the Gärdsås school – a school for children in classes 4-9 – in the same part of the city. This is a service directly under the director with a seat in the management team of the school.

GT can now reveal that the service goes to the same person who had been in the presidency club a few weeks earlier when the decisive decision on the future of the Gärdsås school was taken by the district politician: Staddelsnämnden in Östra Göteborg, own chairman Özgür Tasbas (-).

At the same time GT can tell that the director of Gärdsås School, who held the recruitment process himself, interviewed Tasbas and chose eleven applicants, former colleague and private member of the top politician.

Özgür Tasbas was chosen on the list of the Environmental Award in recent elections, but left this spring to the new Democrats of the Party of Gothenburg. At the same time, he retained his duties as a municipal councilor and district councilor.

A new local party led by former moderator Martin Wannholt, who profiles himself in recent polls as the biggest party of Gothenburg.

The party brings together different bumpers from other parties and is united in criticism of the large infrastructure project West Link and the many scandals in the municipality of Gothenburg.

He says that he sees no problems with the connection with his political mission or the relationship with his new boss, as he only indicates at a professional level.

"You, most jobs in Sweden are added by looking at and maybe working and knowing each other, which is really a great exercise," says Özgür Tasbas.

Is it no difference with a tax-funded company, are there no contacts without any merit to decide?

"You have to know that you agree and know how the other person is, that's great." "It's good that I know who he is, he knows who I am, then we work.

Wedding party with the boss

Özgür Tasbas and the director Robert Svensson have a shared workplace: partly in Angeredsgymnasiet and partly in two seasons with the summer school of the municipality.

But their relationship does not stop to be a colleague. This allows Robert Svensson to meet himself when we meet at his office in the Kortedala square, from wall to wall with what Tasba's office will be like.

It turns out that they have both been converted privately over the years. Ozgür Tasbas participated this year in a wedding at the wedding of Robert Svensson.

"We know each other, we sometimes go private, but when I made it and made that decision, it was because his resume, personal letters and interviews were better than others," says Robert Svensson, who tells them now and then to meet outside of work. discuss common interests such as school, sports and IT.

On a direct question, it is not that they are considered more as job colleagues, but that you are friends, he says:

– We are friends yes.

In a handbook of deception and bribery that the government offices last year addressed to employees and leaders in public activities described how someone who "friend or friend with someone who is a party or has an interest"can be considered disgusting. Similar formulations exist both in municipal law and in the own regulations of the city of Gothenburg, where it is described as the so-called delicacy.

In contrast to the rule of law, director Robert Svensson says he knows them, but still chooses to manage the recruitment process himself, but only after he has informed two senior executives, including the task of friendship with Özgür Tasbas.

The two superiors do not recognize themselves in the description. Both strongly deny that they knew that the governor and politician had a friendship relationship at the level that was now emerging.

When GT returns to Özgür Tasbas, he says he knows a lot of the teachers in the city, not just Robert Svensson.

– I have been working as a teacher in the municipality for 14 years, for eleven years. In principle I know all maths and chemical masters of geography and physics in Gothenburg. Say a name, so I know that person.

Have you already been to weddings?

"I went to a wedding with several colleagues at weddings, and weddings invite colleagues.

The intendent service was announced shortly after Özgür Tasbas, in his role as chairman of the district council, was in charge of a so-called focus decision on the future of Gärdsåsskolen.

Certain future decisions about the school

Rector and other staff members of the school have committed themselves to turning the school into a so-called intraprenad, which would give the staff of the school more power and influence on their own activities. Something like Özgür Tasbas is and is a strong proponent of.

"I am behind intraprenad, I drive for intraprenad, I want more intraprenades, I do everything in my power to create an intraprenad for a successful concept that succeeds," says Özgür Tasbas and claims that his own experience with working at another intraprenad school, Angeredsgymnasite, is registered at the recruiting:

"It is clear that they want someone with intraprenade experience," says Tasbas.

With the new service Özgür Tasbas receives a salary increase of SEK 4,000. He wants to emphasize that the clear sign that the board has given to Gärdsåsskolan earlier this year is not the final decision.

It is expected that the new primary school council will take all final financial decisions later this year. After July 1 it is also under the Grundskolenämnden that all schools of the city are located.

Gärdsåsskolan is a primary school for classes 4-9, on the Kortedala square in Gothenburg.

The rector has started a process to make the school a so-called intraprenad, a self-governing unit within the activities of the municipality. It has been described as a healthy school with the municipality as the most important.

In April, the district council of East Gothenburg took a first decision, a so-called focus decision, which gave the sign to school to prepare for the establishment of an organization that can run the intraprenad school. This is the first time that the committee approves such a request from a school. A no was meant to stop the conversion.

The final decision is taken by the primary school, probably later this year.