Presumably dynamite found in the Krylbo bomb group was mentioned 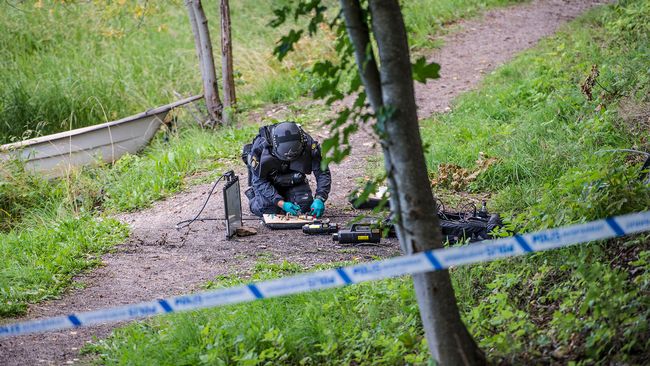 – That's right. We have found an object there that we have to take care of, in the vicinity of the station, "says police chief Jan-Åke Sjöström.

He says that the alarm was called around 11.30 am and that the location was closed.

– It is dynamite that seems to have been found. The routine is such that we send a patrol that makes photos and makes contact with the bomber. They judged that they are already here today.

There must be a person who has worked to clean up Dalälven who discovered the object. Photographer Torbjörn Wåhlin, who is on the site, tells us that it is along a footpath on a slope on the river.

At 5 pm many police officers are in place and the bombing group is responsible for handling the item. They carry a radio controlled robot, but have not taken it into use and work on the ladder by hand.

Custodian Jan-Åke Sjöström believes that dynamite is usually not dangerous unless you do something about it:

– Dynamit does not blow automatically. Probably they will take it to the right location and destroy it, he says, noting that this is not an unusual event for the police.

Torbjörn Wåhlin says at 18 o'clock that the police of the bombardment now put items in bags and pick them up for their car.