Sweden Democrats dominate Facebook – this is the tactic of the party 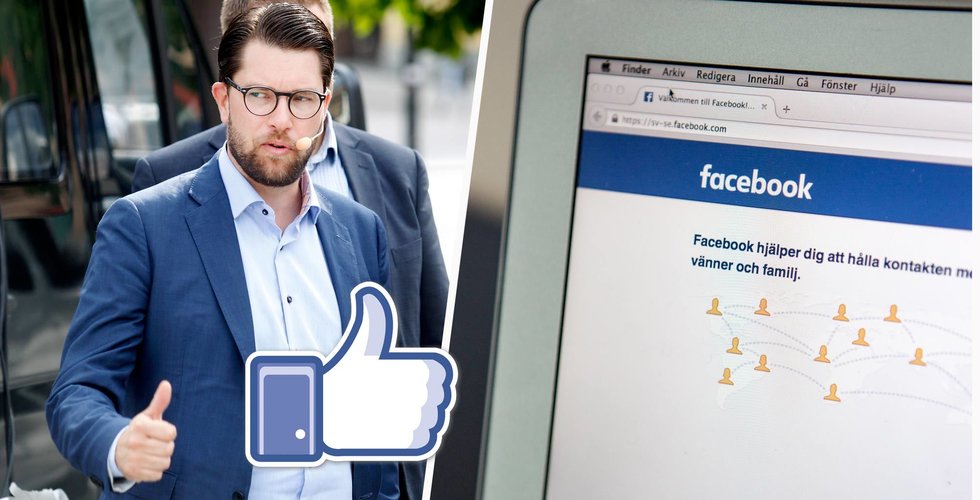 At the beginning of the week Breakit analyzed the impact of the Riksdag parties on Facebook. The result was striking and a party would be the least. The Swedish Democrats were larger than all other parties – together – in terms of interactions on Facebook in week 33. A large part of the posts concerned the carwalls in Gothenburg.

But it has not always looked like this. According to an article in Aftonbladet, for example, the left party had a lot of dedication at the beginning of the year, with insights about the class divisions. Nor was there a big difference between the ability of the different parties to create involvement on Facebook.

Since then, however, something has happened and recently the Swedish Democrats have gained much more publicity on Facebook than the other parties.

Some concrete things that the party has done is:

# Sponsor all messages they post, meaning you have to pay to increase the spread.

# Increased the sharing rate of two, three posts per day to share between 7 and 8 posts. (Some days are shared as many as 17 messages.)

# Use news about current events that attract the selection group.

"To a large extent our messages are a reaction to an event or news article, I really think it's better than traditional marketing material, to see which articles we find interesting and to hear our opinion about it is a way to get to know us, "says Sverigedemokrater Communal Manager Joakim Wallerstein to Aftonbladet.

The tactic ensures that the party gets its message at lower costs and for a larger audience. Compared to what they would do if they used material produced.

"Right-wing movements around the world are good at harnessing news related to their followers, spending their marketing budget on stories that support their agenda," said Facebook analyst Steve El Sharawy to Aftonbladet.

Places on the car edges got a lot of spread, Steve El-Sharawy explains that this is the algorithm of Facebook.

"If you put a subject on a subject, you get attention, people were interested in and cursed about the fires, the favorite divisions that hit them."