The real Swedes do not vote for Jimmie Åkesson 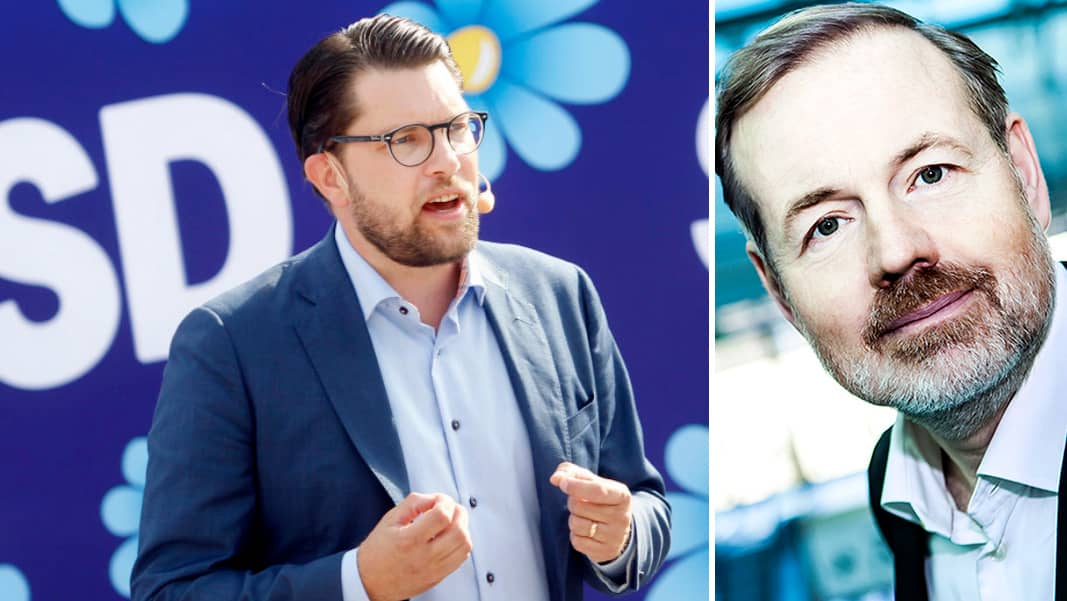 DEBATT | VALET 2018. Sweden is a fantastic country. We have natural resources, we have peace, we have world-class healthcare, we are among the world's leading countries in innovation and research. We have inventors, entrepreneurs, athletes, diplomats and artists who spread their works from Sweden around the world. And more important. We have openness, we have freedom and we have democracy.

Jimmie Åkesson – You mention yourself in your book for "Swedenevän". But it is up to you and your party as a democracy that is being challenged today. Your proposals are an attack on democratic freedom, slowly built up for several centuries. And the methods feel so good again when I used to see democracies. It is in the first beaten approaches that both go again. First, the media are questioned, accused and attacked to stop the review of power. The rule of law is then laid down to reduce the protection of persons and minorities and to restrict civil society.

READ MORE: SD has to worry about every thinking person

In areas per area that has characterized our country and that Sweden has built strongly, you want to take big steps back to the abyss that we have left generously behind. To take a few examples:

You want to see an isolated still land with closed edges where only "real" Swedes are welcome. During last week's hearing in Swedish Radio P1, you claim that you should consider Swedish history as its own Swedish. You and your companions for the concept of "human essence" that you claim to be inherited in every person – such as the racial concept.

READ MORE: Why are not Jews like Sweden, Jimmie Åkesson?

You want to support the band, you want to limit the right of women to decide on their bodies and focus on the biological differences of women and men instead of changing gender equality.

READ MORE: Jimmie Åkesson: The time that Sweden saw your fingers is over

The vision of the EU and the UN

Sweden is a small export dependent country far above in the north. Three quarters of our goods exports go to Europe and most of our major trading partners are countries in the EU. Our most important international political influence lies within the framework of the EU.

You want to leave the EU. A Swexit would be devastating for Swedish companies, our economy and our country's ability to influence developments on our continent. And with your proposals for immigration policy, we should also leave the UN.

It is not a friendship you want to do – a Sweden that is closed, silent, busy and crazy. Where we should all be equal, collide with the same form. Where the equality struggle has been reversed for decades. Where a Swexit threatens the survival of Swedish companies. Where a mysterious "Swedishity" will determine who belongs to us or to them.

I am really Swedish. I want to work on the development of this amazing, beautiful, rich country. But it is time for all of us real Swords to realize the threat that Jimmie Åkesson and his party are making good for democracy. Our legal system is far too weak in many ways and we need to do more to protect democracy. We must therefore strengthen our base and introduce a law enforcement court that protects human rights.

September 9 is the choice. Every real Swedish enemy chooses the ballots from the Swedish Democrats.

Former correspondent from abroad and head of the SVT report