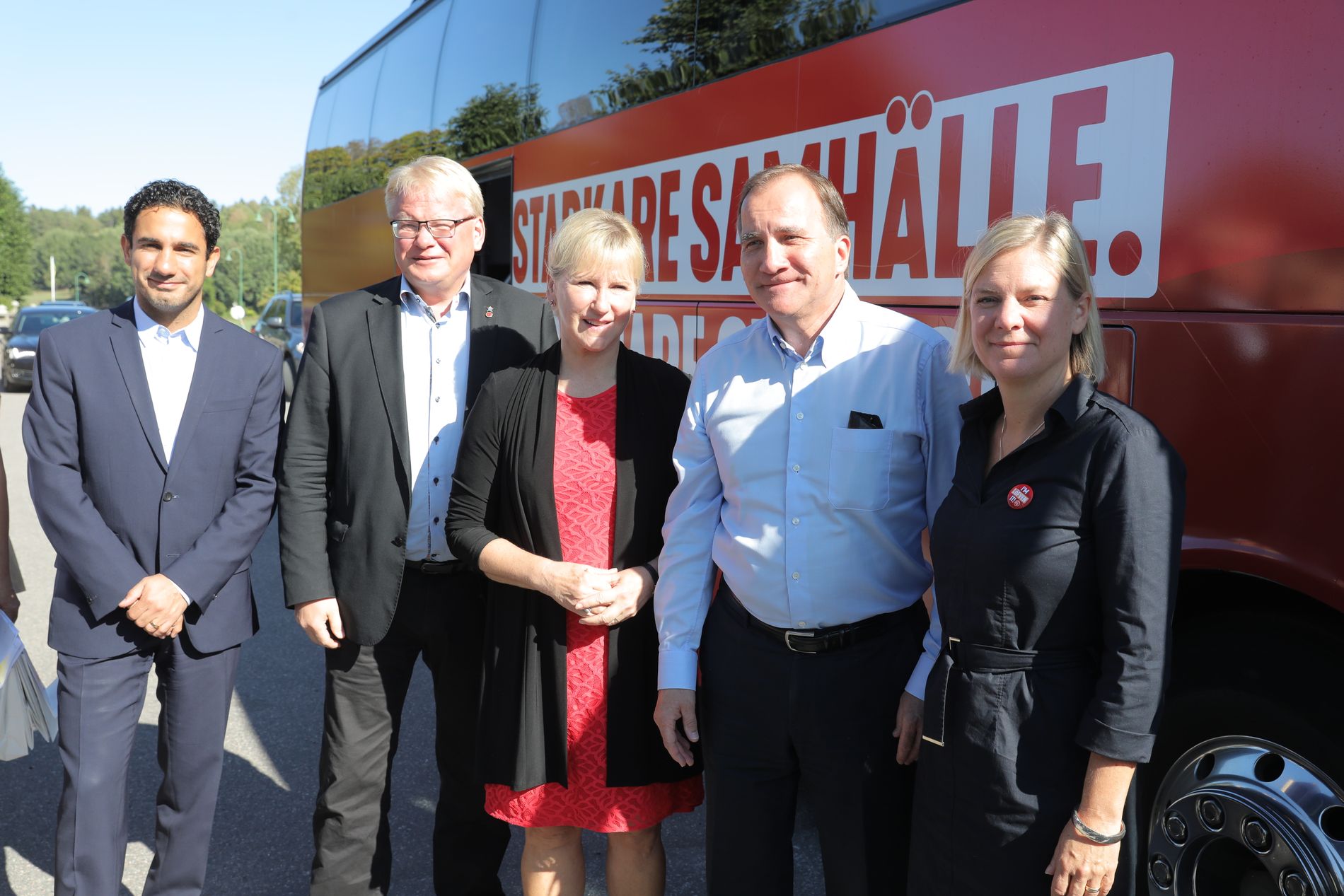 With only one week left to the election, the Social Democrats take the heavy watch. No less than five S ministers took the campaign bus to Botkyrka, southwest of Stockholm.

Prime Minister Stefan Löfven speaks in connection with the Botkirkedag event and he is a member of the Minister of Finance Magdalena Andersson, Minister of Civil Affairs Ardalan Shekarabi, Minister of Defense Peter Hultqvist and Minister of Foreign Affairs Marstr Wallström.

In the municipality of Botkyrka more than every third voter, 36.15 per cent, voted in S in the parliamentary elections in 2014.