Ulf Kristersson (M) about the Swedish image: "We will not be silent about problems" 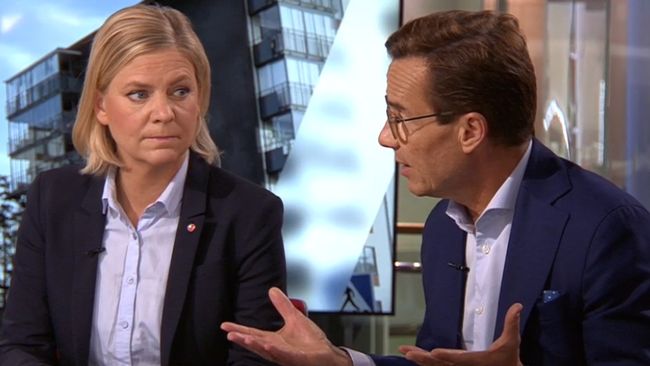 A failing integration policy has put Sweden in an equally serious position as during the financial crisis in the nineties. That said the party leader Ulf Kristersson in one interview with the financial times on Monday.

The title of the article was "The Swedish state is in crisis says election favorite", illustrated with a photo of a broken car.

– Now we are just for a choice. Then you have a focus on which problems we have to solve. You can not really mean seriously that you have to say internationally, and in Sweden we will discuss completely different things. It is absolutely noisy, Kristersson (M) said SVT & # 39; s morning study.

Minister of Finance Magdalena Andersson (S) is of the opinion that the moderate leader frightens international investors from Sweden.

"It is very important what a candidate minister signals … messages to all international investors and says that the crisis is as big as in the 90s. It is clear that there are people who pull their ears. a country where the prime minister claims it is as serious as the crisis of the nineties, she said.

"Social contract is in danger"

Kristersson said that after "300 shootings and 28 deaths so far this year and one hundred car-fires in Gothenburg", Sweden has serious problems in major cities.

– I mean that we are faced with a new crisis of mistrust of the ability of the state to deal with the most basic functions. The social contract is threatened, if threats, car-burning, long-term queues and failures are encountered every day, I think.

"We do not spend a second on the problems and challenges we have in Sweden, of course we will see the problems, we will be able to do something about them, there is broad political consensus to deal with the crime in the country, said Minister of Finance Magdalena Andersson (S).

But the leader of the head was responsible for the criticism he made internationally.

The finance minister stressed that the moderate leader went too far in his statement in the Financial Times.

"This is something that threatens jobs and growth in Sweden with such a one-sided negative image," said Andersson.