BP changes the name to BrommaGirls 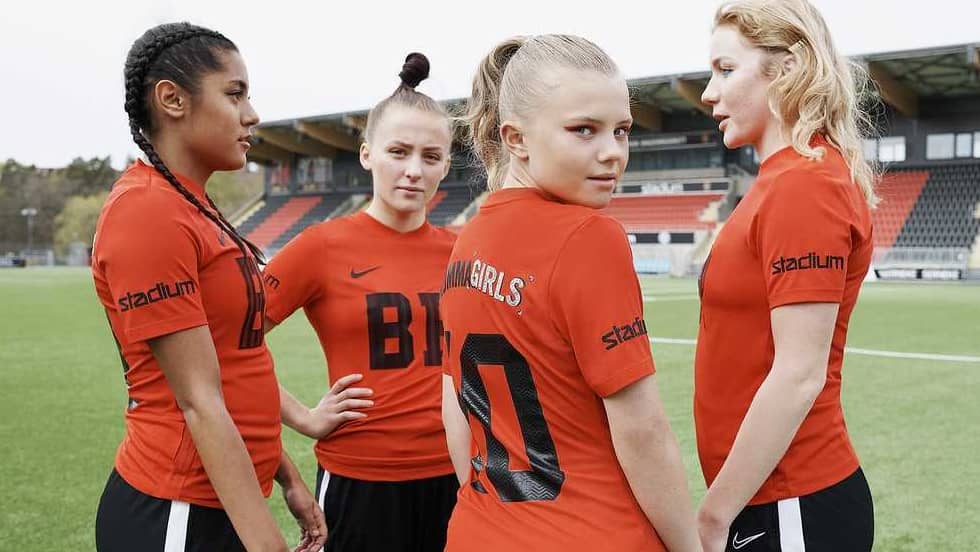 There have been intense discussions about the boy names of Brommapo. This was the result of a debate on gender equality. There has also been a name change in the association. But at the annual meeting of Brommapojarna the proposal was voted down.

Now, however, the club chooses to change the name. Namely, for BrommaGirls. The name will be current during a match and the BrommaGirls shirt will be used for the first time in the home match against Morön BK on 25 May.

Brommapojkarna announces in a press release that during the campaign "The future is equal", "want to shed light on the major differences in sport linked to gender."

It is also written that: "The association also wants to be an actor to ask that gender and destructive norms should not be able to decide who will have the opportunity to practice football on equal terms."

– One thing we have learned in our work to become more equal is how important words and terms can be. They can consolidate and reinforce destructive norms and structures, while if used correctly, they can be invaluable in a change process. Many names used in football today clearly show that the man is seen as the norm. We must change this now. We can no longer accept that we name things differently depending on the gender you have, says Stefan Bärlin, Sustainability Manager at BP.

"We are now reviewing ourselves"

A first step in Brommapojarna's change is that the club, following rules at the annual meeting, is that they are the gender-neutral term & # 39; BP & # 39; use for communication purposes.

– When we pay tribute to the girls and women in the association, it also becomes a starting point in the sense that BP wants to take the next step. We take the responsibility of not being perfect on the issue of gender equality, but we now judge ourselves and the whole world from a structural perspective and act from the idea that we want to change and change. Destructive masculinity standards in sport must cease, gender pay gap must not exist, sponsor money must be balanced between women's teams and men and we must discuss who has had control of sport in recent years and why? We hope that we can participate and inspire even more sports clubs to solve the problems, "continues Stefan Bärlin.