Home / sweden / Mama Åsa fights for Amanda, 9 – can die at any time

Mama Åsa fights for Amanda, 9 – can die at any time 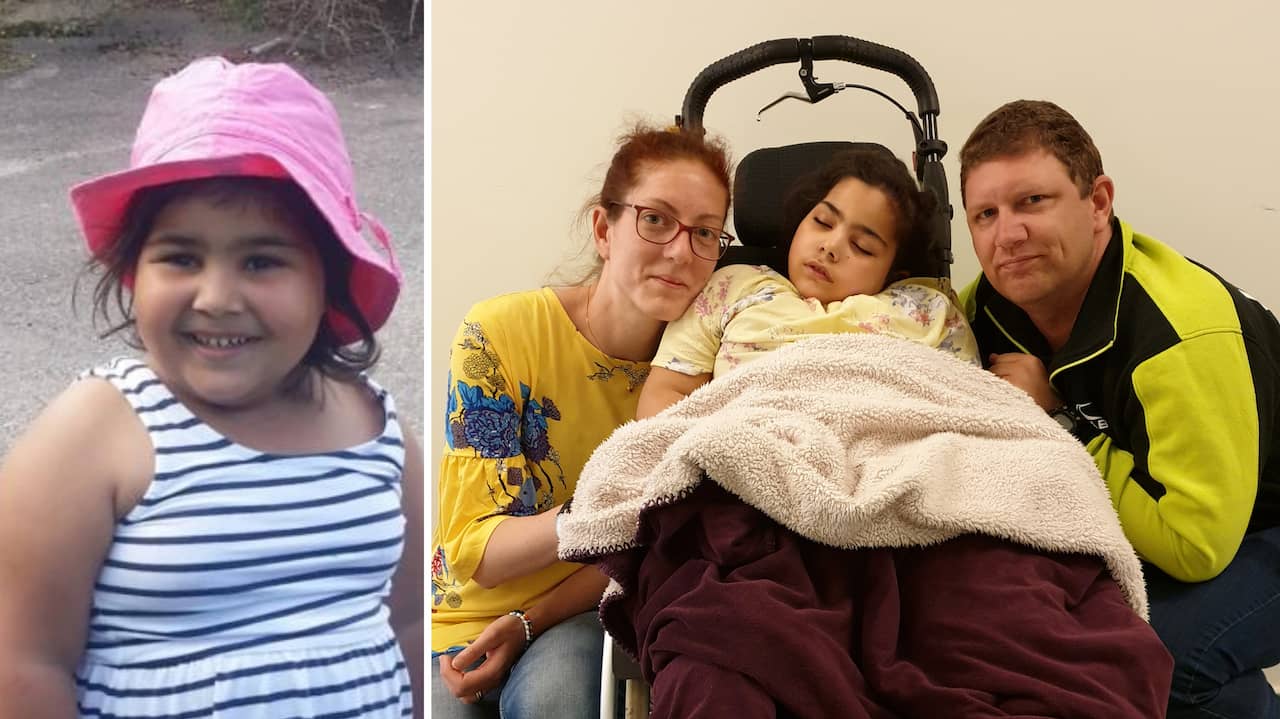 Amanda Elofsson, 9, from Emmaboda was adopted from the Czech Republic as a two-year-old. But already on their journey home to Sweden, parents Åsa and Per Elofsson felt that something was wrong.

– We noticed that she was a bit tight. And it just got worse and worse. As soon as we arrived in Sweden, we went to the hospital and discovered that Amanda had a brain tumor, Åsa Elofsson says.

It was then transported to the Linköping hospital for special treatment. The tumor was malignant and it took tough treatment for little Amanda to get rid of the cancer.

But the treatment left unimaginable side effects. Now, a few years later, Amanda has eleven handicaps.

– Everyone except the view she has because of the treatment, Åsa says.

Amanda's handicap requires her to be fully supervised during the day and & # 39; s at night.

– The worst thing is epilepsy. She can cramp at any time, and then it needs incredibly fast action. She needs oxygen and medication right away. Or other measures.

Help during the night is withdrawn

– You can't wait a moment, she needs help right away. One cannot go to another room and water the flowers for a while and then discover that she has an attack. Then there is a big risk that she will die.

At the beginning of April Åsa and Per were in talks with the municipality of Emmaboda.

– We thought it was a normal play school, Åsa says.

But suddenly they discovered that the aid would suddenly be withdrawn during the night hours.

– It came from nowhere. Like a slap in the face.

– I was shocked, at first thought I had heard wrong, that it could not be right?

But that was true. The responsibility lies with Åsa and Per between 9:30 pm and 7:30 am the following morning. The municipality believes that Amanda's needs during the night fall under normal parental responsibility. The change only started two weeks later.

Life has been brought down

Since then, Åsa and Per have lived a life full of chaos and tiredness. In turn, they wake up at night and try to combine it with their two full-time jobs. Åsa has been on sick leave, it no longer works.

– Of course you have to take care of your child, whether it is day or night, but Amanda is no ordinary child. We can't leave her for a second, and above all we have to listen to every little breath, Åsa says.

In addition to constant supervision, Åsa and Per must change their diaper several times in Amanda during the night and turn her so often.

The life of the Elofsson family in Emmaboda was completely destroyed after the municipality's decision.

– From an adult perspective, this is a completely untenable life. Sometimes I am awake for 36 hours, Åsa says.

– And it has become much worse for Amanda. It is extremely rare for her to see us parents together. When someone is with her, the other is sleeping, or is at work or doing other things that must be done in daily life. We hardly make anything together.

Based on old medical certificate

Research by the social services is based on medical certificates that have been in the background for more than a year. The statements by Åsa and Pers in the study are also old and have been reused from an older version.

– The report states that we have agreed that the information has been used, but that is not true. Amanda's situation has deteriorated since then, says Åsa Elofsson.

P4 Kalmar, who wrote about the situation of the family, first spoke with Mikael Börjesson, who is social manager in Emmaboda. He tells P4 that he cannot comment on the specific case.

According to him, all contacts are recorded and the information that is added to an investigation is always communicated to the individual. This is because the individual must have the opportunity to comment on the content of the investigation before the officer makes a decision.

But that is exactly what did not happen in the case of Amanda, according to mother Åsa.

– I don't understand what went wrong. Mikael Börjesson may not have received all the information about our case, she says.

"She is full of buses"

Åsa and Per Elofsson have now appealed to the administrative court. They have arranged new medical certificates from two different doctors. But they don't know when to expect a decision. Until further notice, the family can struggle with waking nights.

Åsa Elofsson feels extremely tired, but she suffers most from the fact that her daughter has such a hard time.

– I look at her that she just wants to feel good and be happy. This is not her fault, but she has to fight with it all day.

There are days that are better than others. It is the few days that the routines are not interrupted by constant attacks, respiratory arrest and ambulance transport to the hospital.

– She likes being able to go to school in those days and the best she knows is swimming and cycling, says mother Åsa.

– Amanda is a girl full of buses. She has a lot of frivolity for herself. She is a sweet little girl.