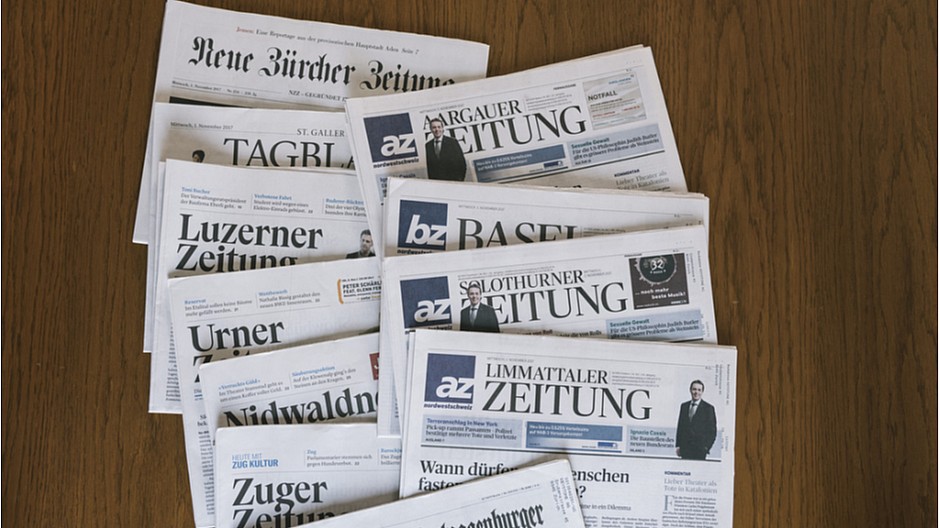 As announced, the new media joint venture CH Media started its activities on Monday. The products such as "Aargauer Zeitung", "Luzerner Zeitung" and "St. Galler Tagblatt" do not change anything at first, said Monica Stephani, co-partner for AZ Medien, at the request of Keystone-SDA.There are regular identical reports in the three newspaper titles. published on national issues.

In the weeks that followed, employees were informed about the organization and processes, Stephani continued. For this reason it remains unclear how many jobs will eventually be eliminated, for example in the merger of the supraregional sections of the daily newspapers.

CEO Axel Wüstmann addressed the employees in a video message with the clear message: "We will not be able to afford duplication in the new organization and there will have to be difficult decisions." Until mid-November, employees must be informed about "goals and the necessary steps", according to Wüstmann. By mid-2019, the integration processes should be completed.

AZ Medien and the NZZ regional media are also involved in the new CH Media share company. With a turnover of 480 million francs and more than 2,000 employees, the new media company reaches about two million people.

In addition to regional newspapers, CH Media also includes online portals, radio and TV stations and magazines. All units of AZ Medien join the new company – with the exception of the online portal "Watson".

In depth research by the Weko

The Swiss Competition Commission (Weko) had approved the merger in August (persoenlich.com reported). After an in-depth evaluation, according to the Weko, there are indications that the establishment of the joint venture AZ Medien and NZZ could create or strengthen a dominant position on the readers' markets.

This applies in particular to the daily newspapers in the region of Solothurn and Aargau. However, after the merger other strong competitors remained, especially the media companies Tamedia and Ringier. (SDA / mule)