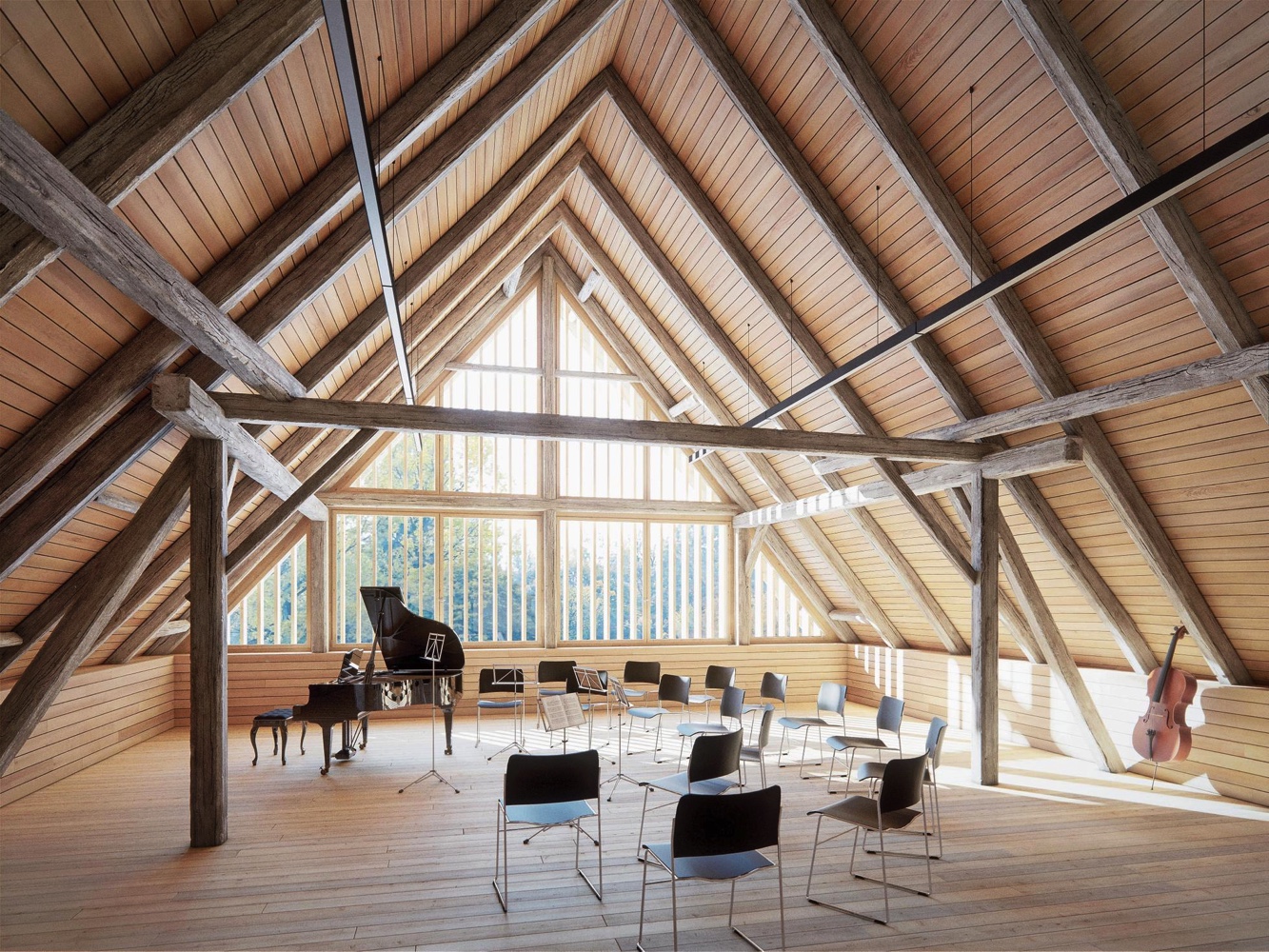 A visualization shows how the music rooms will look under the roof.

The more than 300-year-old monumental Sigristenhaus building in Künstlerhaus Boswil is being converted into the Haus der Musik & # 39; The «Luzerner Zeitung» reports.

The more than 300-year-old, monumental Sigristenhaus in Boswil is being converted into the "Haus der Musik" for almost 5.4 million francs, reports the "Luzerner Zeitung". The building, which belongs to the Künstlerhaus Boswil, consists of a living wing and a tent with a stable. Since 1979 it has been under cantonal conservation. The renovation project was designed by the architect Gian Salis, who has already extended the old church in Künstlerhaus Boswil 2017 with a foyer. "We get as much of the original wood as possible, as possible," Salis tells the newspaper. "In the heart there are two music halls on the top floor of the building and extend to the ridge of the roof", writes the Luzerner Zeitung. "Upstairs there are seven modern bedrooms with bathrooms for the guest musicians." On the ground floor are offices, meeting rooms, the archive, a workshop and the warehouse. The conversion will open in 2020.

– Buildings are unique, which makes them complex. "Wooden houses show how things should change," writes the NZZ. (Article not online)

– The new station in Huttwil splits the opinions. Now the post office will include the building in its stamp series, reports the newspaper "Berner Zeitung".

– The renovated design museum of Zurich looks like it was opened in 1933. "A monument to the new building – where history seems to have passed without leaving a trace", writes the "Republic".

– The opponents of the Limmat Valley Railway do not stop: in a cantonal initiative they demand the demolition of construction works, writes the «NZZ». (Article not online)