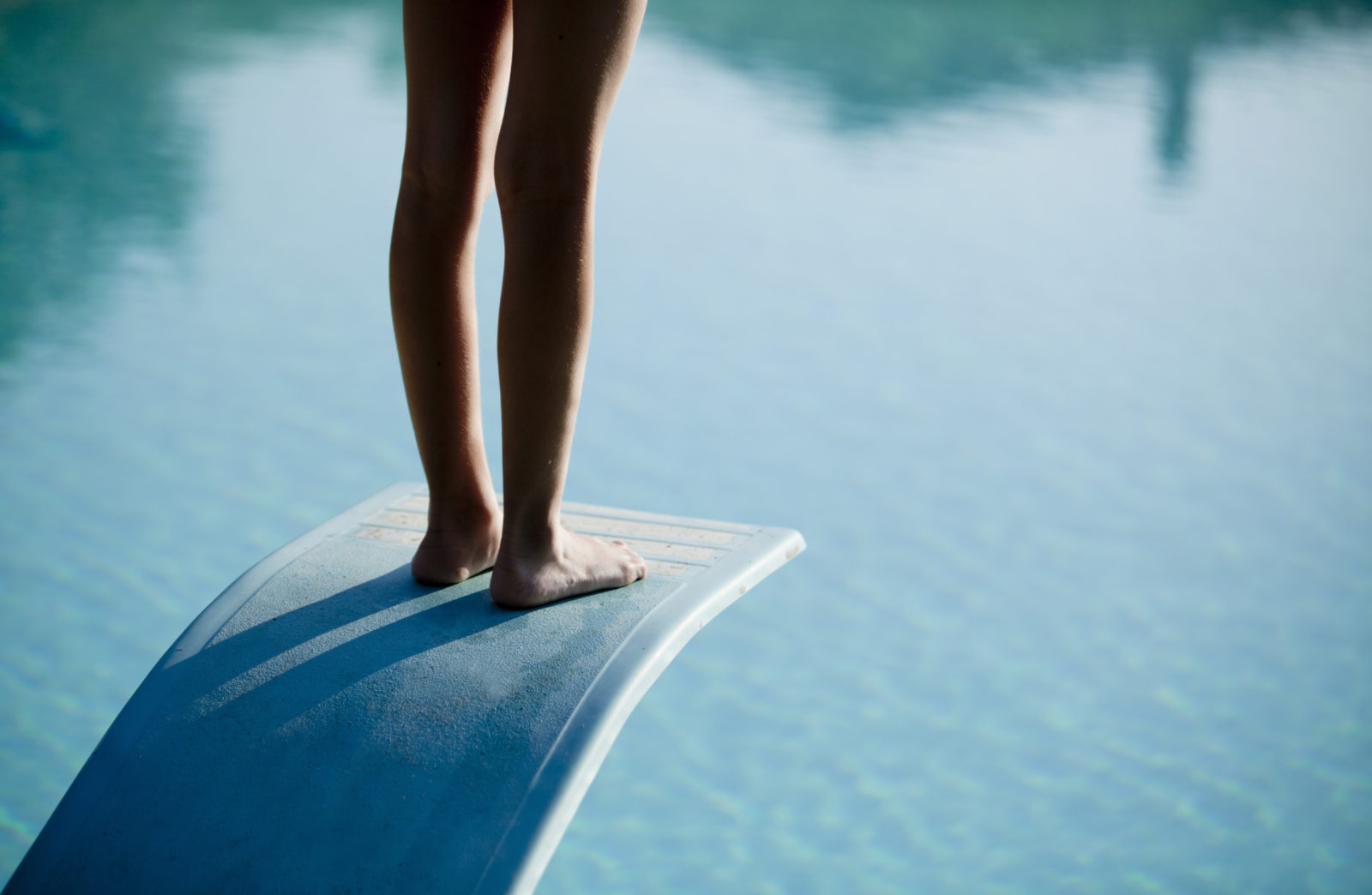 The other day in the Badi my sons said that I did not dare to jump from the five meter high tower. How please? Full of energy I stepped out of the pool and climbed up the ladder. That would be laughed! The two boys followed me euphorically. We would all jump into the water one at a time, I first, I thought – until I got up and looked down. Pretty high. "Go ahead," I said, and our second-born attempt picked up and jumped. "Now you, mama!", Called it from below, I peeked over the edge and took two steps back. Now it seemed even higher.

I wanted to jump, but it did not work. The other son jumped. There was a barrier in my head and it was not gone when both boys drooped beside me again. Again and again I counted to three, but shortly after two and a half I left courage. Since when am I afraid of altitude? Although at the time I regretted my recklessness: the ladder was taboo. I would not go backwards, a barrier or a barrier.

Can the surface tension break through?

My, but other children noticed that I was actually under stress and encouraged me to encourage. I have rarely received so many good and benevolent advice as above it on elevated levels. The current generation of children is a bunch of individualists who only think of themselves? Not at all true! Half of Bern's youth seemed to take care of me at the diving tower. "Only one step and you are a big step forward," said my son. The other: "You have to turn off thinking!" He would hold out with me until I trusted myself. "Just jump and everything else will automatically come up," a girl advised and was gone. & # 39; She is only six, & # 39; I thought aloud. & # 39; Five, & # 39; her older sister improved alongside me.

By now more than twenty minutes had elapsed and I had completely dried out of the sun. "And what if I get a cold shock when I dive into the water?", I doubted again. The children looked at me incredulously. "The water is not too cold," someone said critically. "It is an optical illusion," a boy told me. "In fact, it is not that high." He would now jump into the water for me, he continued, then the surface tension was broken and I could easily immerse myself. I clung to the words of the approximately seven-year-old physicist. Yes, that sounded good. He had to break the surface tension three times until I finally got over it.

On to the next "diving-tower situations"

As we came to the surface, people applauded me – I had really made it. Managed to attract an audience; Well, sovereignty looks different. Nevertheless, I was moved and yes, in some way happy. Not because of the audience, but because of the mass of children who never laughed or pushed me, but who took me and my fear seriously.

We have only lived in Switzerland for a short time, many things are new and unknown to our children. Time and again they are confronted with "diving-tower situations" and they have to take their first steps into the unknown. I hope that we manage to give them a similar sense of security, patience and calm, as they have recently done with me in the Badi.

Other vacancies that may be of interest to you: "A tiger shark at the pool" or "motherhood as a game". 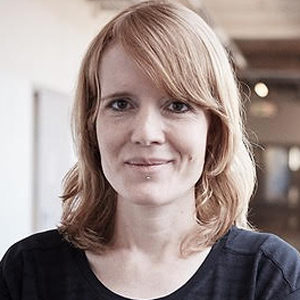 Regula Portillo studied German literature and art history in Freiburg. She spent several years in Norway, Nicaragua and Mexico. Today she lives with her family in Bern and works as a freelance copywriter and author. In 2017 her first novel "Schwirrflug" was published.