The caricature of Pascal Coffez in the "Schaffhauser Nachrichten". The mobile number of Funiciello has been removed from the image by the editors of Watson. image: screenshot

After a 079 review, the newspaper prints a mobile phone number from Juso's boss

In Geneva, women were brutally beaten up. The discussion revolves around a pop song and a crime of foreigners – and ends in a sexist cartoon about Tamara Funiciello. How can the debate derail? An escalation in 5 steps. 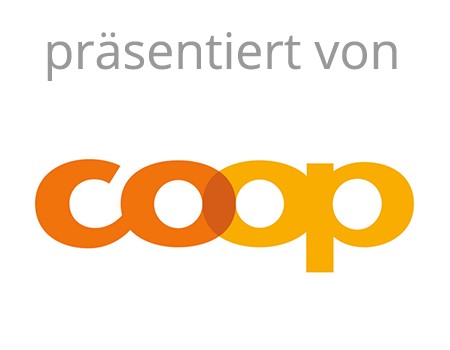 On the weekend, the newspaper Schaffhauser Nachrichten published a cartoon with the mobile number of Juso boss Tamara Funiciello. This then manifests itself on Facebook and says that there has never been so violently attacked. It all started with the attack on five women in Geneva and a debate about violence against women. What happened?

On August 8, in the middle of the city of Geneva, just before five o'clock, five 22 to 33-year-old women of five to six men are beaten up for a club. So violent that two women must be seriously injured to the hospital. The only victim is a week in a coma.

The perpetrators managed to escape. Several days are searched in vain for the men. It is now clear that most of them are French citizens living near the Swiss border. The French law enforcement agency has taken over the case.

The attack throws high waves. Women's organizations, politicians, journalists speak out. In social media, women and men under the hashtag # Allefüreine a solidarity sign. The Social Democrats present a 5-point plan against violence against women.

The day after the incident, a demonstration takes place in the center of Geneva. The next Sunday hundreds of people demonstrate in Lausanne, Bern, Basel and Zurich. Well-known spokespersons, such as the gender researcher Franziska Schutzbach, the co-president of the SP women, Natascha Wey, or the Vaudois SP council of State Géraldine Savary, make speeches and call for immediate action by politicians.

On the Bundesplatz in Bern, Juso president Tamara Funiciello gives a speech of almost seven minutes about violence against women. She talks about her fear of being home alone at night. About the fact that worldwide the risk for young women to die from male violence is greater than for cancer, malaria, war and traffic accidents. She talks about educating men in our society, so they think they are entitled to a woman. About the fact that Switzerland's best-selling hit tells a stalking story in which the "no" of a woman is counted as an answer to try again and again.

And that is the hot topic for the hot days in the quiet summer months. Tamara Funiciello finds the favorite song of the sexist Swiss! Scandalous finds the SVP, a joke at their young party. The whole country is now talking about the impudence of Funiciello to criticize the popular pop song by Lo & Leduc.

And as if the debate had not gone down properly: in the meantime newspapers report that the attackers in Geneva are Maghrebi. Although no reliable information on the background of the perpetrators is known so far, the editorial staff are diligently working. This is doubtful, but not surprising, because men who beat women usually come from patriarchal societies – and that is why male violence is not a problem in our culture.

And so the discussion about "violence against women" is certainly off the table. The guilty are found, confidently one can surrender to and breathe the always popular theme of foreign crime and juso bashing.

And that's the hatred. On the left, trivializing that violence is the problem of migrant people. About feminists who say that all men should be held responsible because the problem is structural. Heads glow with anger, online columns with reactions provide an outlet for hatred.

Funiciello becomes a target as a young woman, provoking time and time again with her statements. "Stupid nonsense", "no brains", "shameful" are even the more innocent insults the Juso boss has to listen to. However, a large proportion of the insults reach far below the belt and to threats of rape and death.

The campaign against Funiciello reached its climax last weekend. In the Saturday edition, the newspaper "Schaffhauser Nachrichten" prints a caricature of half a page of the artist Pascal Coffez on the second page. The drawing shows an oversized, screaming and spitting Tamara Funiciello, roaring up, waving her bra, barking two little men down and calling them sexists. In addition, the mobile number of Funiciello and the indication that it can be found on the internet. In the cartoon Funiciello asks: "Why do not you call me?"

The presentation of the president of Juso and in particular the printing of her telephone number is an invitation to personally hate her via a phone call to her mobile phone. On Facebook she writes: "I was insulted, threatened, ridiculed, attacked, reviled, caricatured for a subordinate clause, my phone number was posted on Facebook and in newspapers. (…) This society is ready for an absurd discussion to lead – except male violence against women. "

SP politician Natascha Wey writes: "The only people who have completely lost the compass are certain media in this country – disgraceful and shocking." And Anna Rosenwasser, director of the Lesbian organization of Switzerland, writes: "Yes, we have a a newspaper must be critical and satirical, yes yes yes, but no, not with the most lame and non-original attempt to silence women: portray them as ugly, ugly and then on their own least bald librettos, pointing to structural injustices. "

Robin Blanck, editor-in-chief of Schaffhauser Nachrichten, defends the presentation of Funiciello. "In principle, caricature must do everything and sometimes use escalation equipment." On the other hand, only extremist circles would intervene, as shown in

Blanck does not want to accept that her personal rights have been violated by the publication of the Funiciello mobile number. The number can finally be found freely accessible on their website. "But for the functioning of the caricature the number was actually not necessary and they could have been left out", he admits.

These 20 failures are all you need to be happy today

We do not need an introduction! We need failures!