Peaceful march for Läbe in Bern 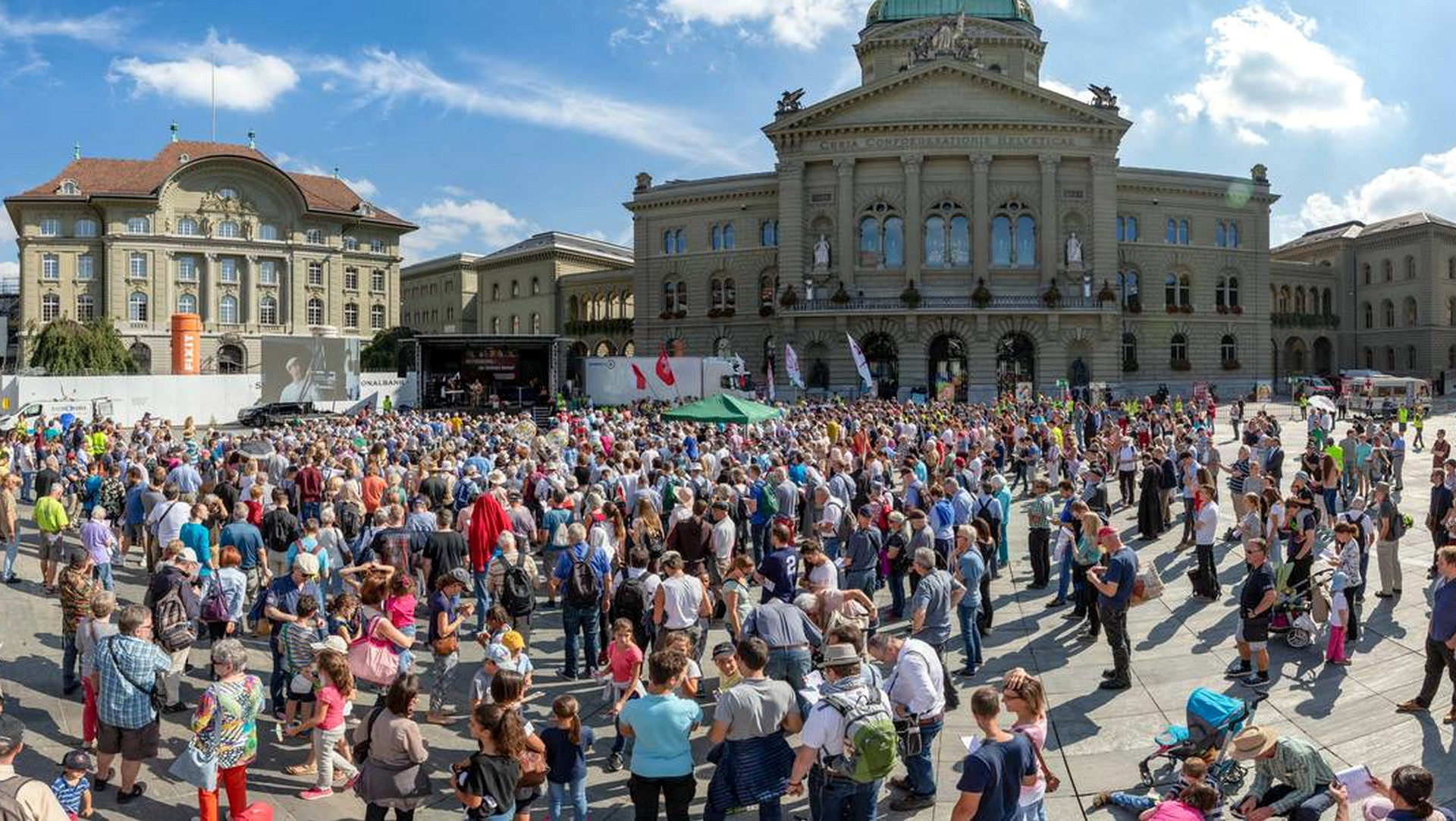 Bern, 17.8.19 (kath.ch) About 1500 people took part in the "Marsch fürs Läbe" in Bern on Saturday. The feared confrontations with opponents of the event did not happen. A petition was launched during the meeting in which the Federal Council was called to increase its activities in the field of the protection of life.

The «9. March for the Läbe "according to the organizers a social taboo to the public." You mean "the suffering of women and men after an abortion," as the press release of the weekend can be seen.The subject was by those affected on the Bernese Bundesplatz.

Greetings from Europe and Africa were read aloud. The papal Nuncio in Switzerland, Archbishop Thomas E. Gullickson, had approached the participants with one of these. Among these was also the Chur auxiliary bishop Marian Eleganti.

The SVP's national council member, Andrea Geissbühler, placed the podium for the approximately 10,000 annual abortions in Switzerland in the context of responsible treatment of sexuality & # 39 ;. Love and sex can be great together, she said, according to the message. Reliable relationships would also lower the abortion rate.

A petition has also been launched in Bern. This calls on the federal government to get an extensive science-based picture of the health consequences of abortions. In addition, the Federal Council must work with the cantonal authorities to ensure that schools, universities, advisory centers, medical practices and hospitals are "adequately informed about the painful consequences of abortions". The ultimate goal should again be to move pregnant mothers along with the child for a lifetime.

There were threats against the organizers in advance. Moreover, the far-right group Pnos (National Oriented Swiss Party) announced their participation in the rally. According to reports in the media, however, the group remained invisible on the Bundesplatz.

With a massive police force it was also prevented that a demonstration with the title "mars for life" could penetrate the Bundesplatz. It is estimated that approximately 800 participants withdrew after their first contact with the police, reported the media.

The & # 39; Mars for the Labe & # 39; is internationally connected with movements in the field of life. A non-confessional Christian sponsorship is committed to promoting the right to life of unborn children with the "march for the sake of the cause" with democratic and non-violent means, according to the statement. (Gs)

The rights of all texts are at the Catholic Media Center. Each retransmission is subject to a fee. Storage in electronic databases is not permitted.

Do you like this article? Order the reading subscription now!
Unlimited access to all news from kath.ch