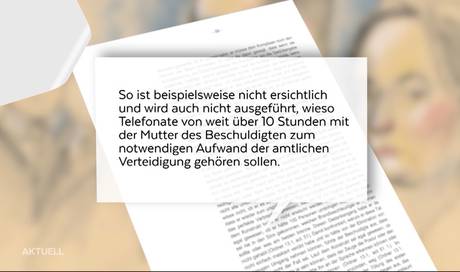 Renate Senn, public defender in the Rupperswil case, demanded 155,000 francs for her work on the case – the head hearing is not included in this amount. Now star-defender Valentin Landmann responds. "It is a huge effort and I have never had to submit such a high bill, even for very complex economic crimes."

Landmann used the example of Thomas N. as an example in his lectures, how not to defend. Landmann himself also defends murderer and rapist. He would never blame the victims, as Senn did. "In such a case you do not have to defend the crime, but the culprit," says Landmann.