At 1.56 am she saw the light: Divora is the new year baby Aargau – Canton (Aargau) – Aargau

switzerland January 1, 2019 switzerland Comments Off on At 1.56 am she saw the light: Divora is the new year baby Aargau – Canton (Aargau) – Aargau 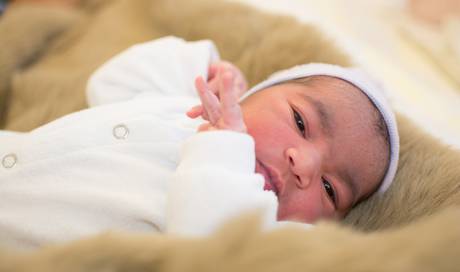 It came too late, but just in time to get the headlines: Divora Angosom saw the light of the day at 1.56 am in the Aarau canton hospital on 1 January 2019. She was the first of only four babies born on New Year's Eve in the canton of Aargau.

"I actually had the appointment on December 22," says young mother Yordanos Woldetsion and laughs. On the evening of 31 December she came to the KSA at 9:00. Five tiring hours later the 29-year-old Eritrean from Oberentfelden was accompanied for the second time by her partner, mother. "Divora is a name from the Bible," explains the Christian.

The girl weighs 3990 grams and is 54 centimeters long. In the mother's stomach it became too tight: "I only had a small amount of amniotic fluid left," the mother explains. The birth would nevertheless have started at 10 am on 1 January. But that was not the time when Divora had to wait. This is an unforgettable date for becoming a mother, says Eritrean, who came to Switzerland seven years ago.

In the afternoon the baby of the new year visits. In addition to friends and relatives, a little girl with short, curly brown hair stumbles across the hand of her father in the hospital room. Saron, the firstborn, is a year and nine months young.

During the first meeting with her little sister she gently strokes her face. Soon she finds the room more interesting than the new family member. "She is still too young to understand this," says the mother. On Thursday she can go home with her newborn girl to her family. 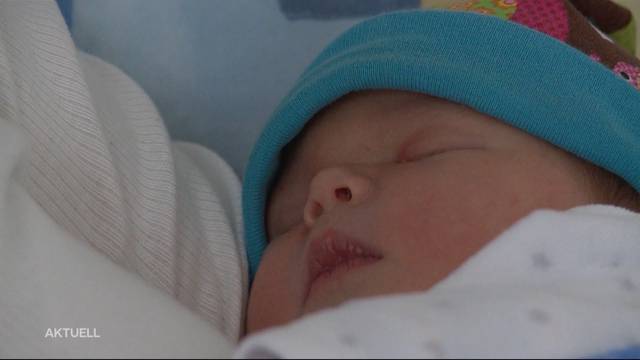 The turn of the year is a nice moment every year. For new parents, however, the new year is incomparable with the previous one.

On New Year's Eve, however, it remained quiet in the hospital Leuggern, in the birthplace of the stork's nest in Othmarsingen, in the private clinic Villa in the park in Rothrist and in the Hirslandenklinik in Aarau. In the Fricktal health center in Rheinfelden, an expectant mother had a birth shortly before noon on 1 January.