switzerland November 22, 2020 switzerland Comments Off on The Swiss are increasingly eating German “Schwiinigs” 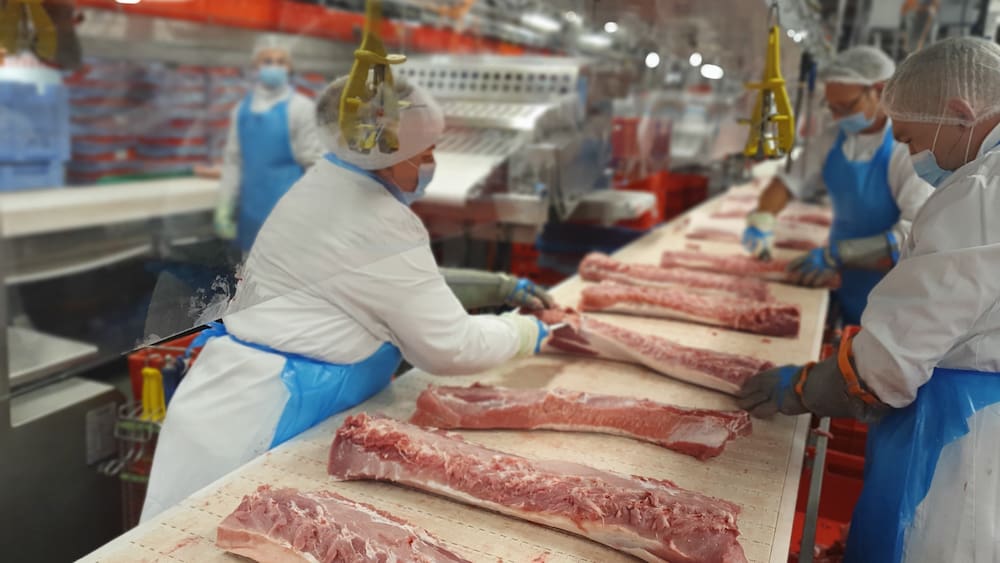 The corona outbreaks in the large butcher shop Tönnies are still present for everyone. Hundreds of Eastern European butchers are also infected in other German slaughterhouses. The reason: they live in precarious conditions, share a room and the sanitary facilities. Circumstances in which the coronavirus could spread quickly.

And yet: German pork is very popular in Switzerland. Import figures have increased enormously this year, reports the “SonntagsZeitung”. It was about 5,300 tons in the first nine months. Of this, 4,400 tons came from Germany. Compared to the same period last year, the increase in German products is 34 percent, and compared to the same period in 2018, almost ten times as much German pork was imported.

Animal rights activists are therefore moving to the barricades. “It is worrying that more and more pork is being imported from Germany. Because there are industrial production conditions that should be described as cruel to animals, ”said Stefan Flückiger, director of Swiss Animal Welfare, in the“ SonntagsZeitung ”.

But it is not only consumers who apparently pay more attention to the price than to the origin. From a financial point of view, importing cheap German meat is also worthwhile for industry and trade. “Production costs in Germany are so low that imported cheap pork is cheaper than Swiss meat for dealers and manufacturers despite customs duties,” says Flückiger.

Proviande, the trade association of the Swiss meat industry, says: “The low asking prices compensated for the high customs costs.” And a spokesman for the Federal Bureau of Agriculture told the Sunday newspaper, “Prices for German pork are particularly lucrative.”

Why do the two large companies Migros and Coop increasingly rely on German imported meat? Have they made it their mission to support local agriculture and provide animal welfare? “Due to the pandemic, the demand for pork was greater than the Swiss supply, so the range had to be temporarily expanded,” says Coop.

And at Migros: “For processed pork products, Migros – like all other retailers – had to rely on imported products because of the high demand.” (pbe)