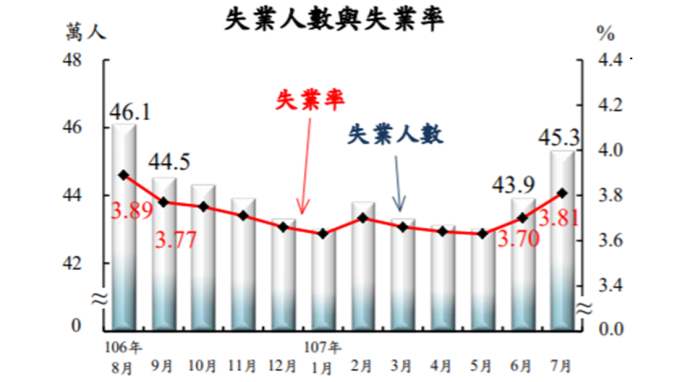 The General Accounting Office today announced (22) that the unemployment rate in July was 3.81%, a high since last September, mainly due to the fact that new people had been involved in the workplace during the graduation season. Accounting Office found this normal; The monthly unemployment rate averaged 3.68%, an annual drop of 0.08 percentage points, indicating that the current labor market is in a stable state.

In terms of employment, the number of employees in July was 11.44 million, an increase of 25,000 or 0.22%, mainly as a result of the entry of recent graduates and summer workers into the labor market and an increase of 83,000 or 0.73% compared to the same period last year. .