Abt of Wat Dang raped girl 2 times, do not make the sperm in the vagina. 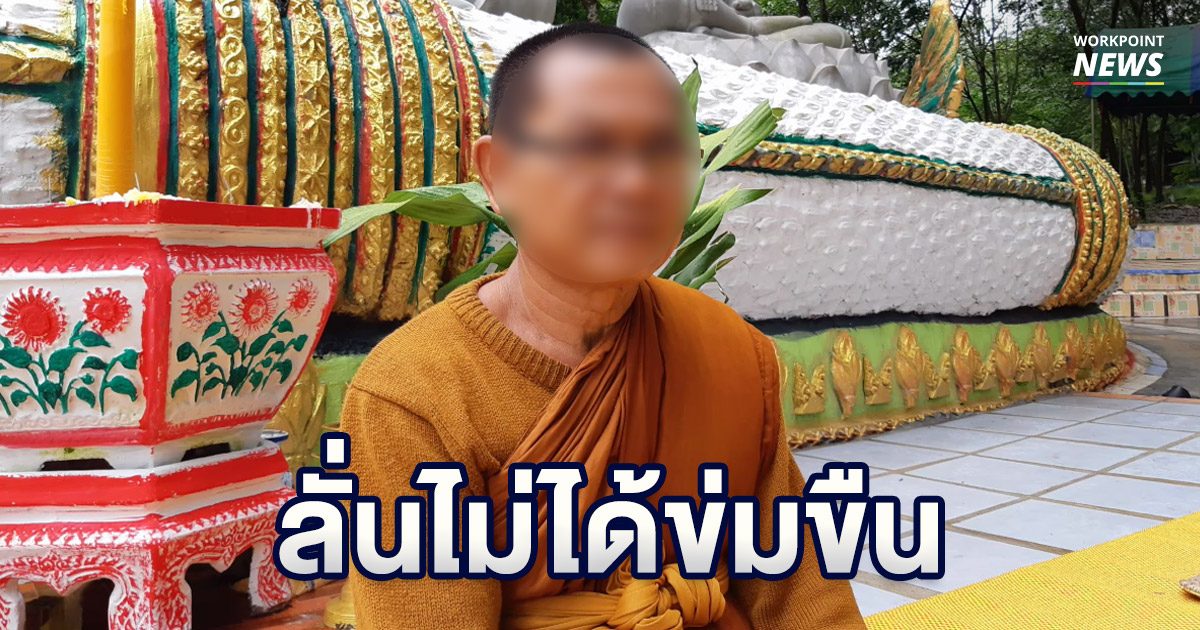 Abt measures. After twice being raped, the murder was not done. Does the sperm test lead to the vagina? Fight through the judicial process.

From September 14, 2006 Miss Fa (Namsubmit), aged 21, went to the center of Thammasat University, Loei Province (53 years old), abbot of Wat Phon Sawang, I do not know what to do. I do not feel that power. The abbot then used violence and raped twice.

At 10 am (September 18, 61) journalists were coordinated by villagers who said that the 53-year-old monk abbot accused the temple. To clarify the facts of the rape incident. I went to inform the facts. There are seven councils and more than 20 villagers in the city to hear the facts of merit. On the exhibition grounds.

That is not the point. Everything has proof. And the victim is the oil itself. The teacher is not a man. Let's say the truth today. Belief in the sacred devotion to Buddhism Never thought to ruin these things. In the temple, there is a shower with water, suddenly suddenly looked like color. There are people who beg for help. And confirmed that there is no color in the cell. And I do not want to say anything, let's go to court.

If the DNA test results. The sperm in the vagina of the teacher's color. I can not deny the same thing and can not go to court. And I do not know what happened. The day the police appeared on the scene of the teacher as if he had been poisoned, not aware that the teacher is convinced that he has done no wrong. And are you wondering where the DNA came from? Let's talk to the court. And nothing else to answer. Then ask to return to the closet.

Ask the villagers to tell if the DNA test results meet the teacher. I do not want to cry I want to be the abbot here. Because the monk was a temple builder and the temples are still alive.

The ten police officers from the Phuat Ket Kaen Muang district said that in the part where the teacher said the facts appear in the news and the teacher's words have conflicts. The teacher's answer is unclear. Keep sharing Proof of attempt to leave the judicial process alone.