In the future, the agency investigated the behavior of "teacher", the lottery dealer. 3.4 lakh prize money manipulation 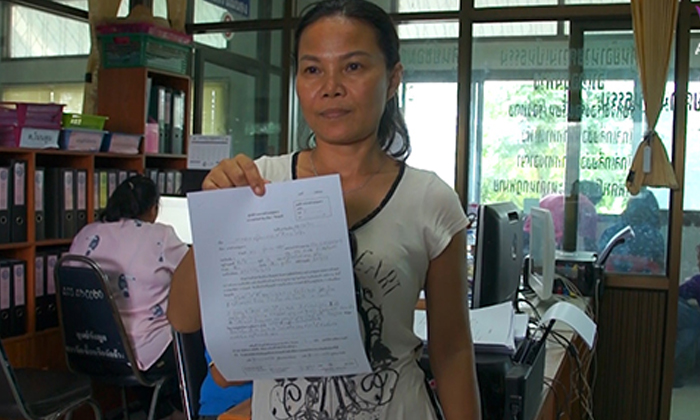 On 26 August 61, Uraiwan, a 45-year-old owner of a restaurant in Chonburi, Via the mobile phone application line The complaint from the center of Chum Phuang district to the bailiff. Government officials After buying a lottery with a big dealer in Chum Phuang and was rewarded with a lot of money. But the dealer did not pay according to the agreement. At the same time, evidence was found that the Chulalongkorn police were aware of the idea that there are lottery games in the area.

>> The girl unfolded! The salary of the dealer. I was six hundred thousand at the bottom – was challenged to inquire.

Mrs. Uraiwan The information is that they have bought a lottery at a large dealer called teacher training in Chum Phuang, Nakhon Ratchasima, which has been bought from the beginning of the year to 40,000 – 50,000 per month and which has been awarded 2-3 times. The dealer pays as usual. I'm not sure what that is. I have bought a lottery ticket with The amount of 48,000 baht. It looks like 3 straight prizes. And 2 upper – lower The rules require a total prize money of 640,000 baht. But the dealer paid only 300,000 baht. The remaining 340,000 baht do not pay.

They asked to come to school around 4 o'clock. But talk every time. I have to transfer money to someone else. And challenge them. This is the behavior of the lottery dealer. Discouraged with customers So come out and ask for honesty.

I know that illegal play illegally. The police arrested the prosecutor. But let's call a mediation process. In addition, they also called for the agency to monitor the behavior of this special teacher. If they have the guts to give information to the police. To be an example. A lot of money to buy lottery. If you have received a lot of money. It is risky not to receive the prize money.