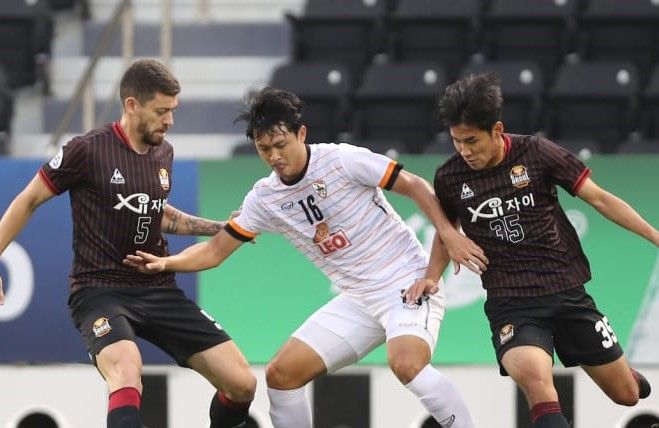 
During the group stage of the AFC Champions League, Group E, 4th game in Qatar on November 27, Singha Chiang Rai met FC Seoul, South Korea, with this pair in the last game that the FC Seoul collapsed in the first half 5-0 in, Chiang Rai played better than the previous game, could fight with FC Seoul, have fun, 37th minute Akanit Panya dragged himself into the penalty area on the left. He then broke back for Bill, the Brazilian forward, who fired the first shot, safely caught before going behind the shot again, climbed to Chiang Rai 1-0, 41st minute Park Chu-young and hit second-hand goalkeeper Aphirak Worawong Nai Singha Chiang Rai, the second hand, who was on the right track, ended Singha Chiang Rai United’s first half and led FC Seoul to flip a 1-0 slot

In the second half, in the 51st minute, FC Seoul took a penalty when Shin Phatra Lee Park Chu Young hollowed out in the penalty area. But the defendant responsible for the murder caught Aphirak’s leg, who saved a lot. In 58 minutes, FC Seoul equalized until Han Seung was hungry and threw a corner for Park Chu-young to hit the door. The score is tied at 1-1, towards the end of the 88th minute Siwakorn Tiaatrakul threw the ball with the left foot to Bill. The Brazilian striker, who puts his right foot in the window, makes Chiang Rai United another 2-1 minutes ahead of 91, Chiang Rai Suan Chotipat Poomkaew, who cuts the ball deep to Bill Pae. Singha Chiang Rai United match can win FC Seoul 2-1, still has a chance to qualify for the remaining 2 matches to have 9 points from 6 matches, on November 30 Melbourne Wi Lottery from Australia has to play in match 5 and on December 3 takes on Beijing Guo An China is the sixth match of the group stage in Group E.