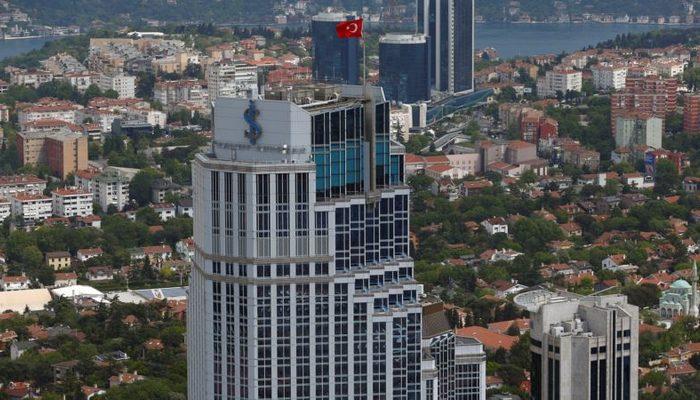 After President Recep Tayyip Erdoğan had mentioned the shares of CHP in İşbank, the bank's shares fell on the stock market.

A statement was published by İşbank on the subject. The statement, "the national capital of Turkey, in the activities of awareness of the responsibility that always demonstrate Job Bank is a subsidiary of interest can not be done for political purposes, especially national interest issue that within the framework of the meaning of all evaluations of our country's intense and precise agenda ", according to the statement.

In the bank statement: "We want to inform the public that it is important for our national economy rather than our banks to ensure that these trusts are trust institutions and that this trust is protected by national and international public opinion, nez .

The statement stressed that 28.09 per cent of Atatürk's holding in the bank, "Turkey Business Bank, because who it is the members of the Board of Directors who are the shareholders of Ataturk under the capital structure or who was nominated by independent, the law as it was in the history of ordinary commercial activities, on the legislation, remains in accordance with the commercial principles and the location mission

Kılıçdaroğlu said, temsil We are the sole and only representative of the shares of Mustafa Kemal Atatürk. We do not take five cents of money that goes to the Turkish Language Association, the Turkish Historical Society. Because this is the testament of Atatürk. Kenan Evren had previously tried the same thing. After the coup, Kenan Evren and his friends transferred the Atatürk shares to the Treasury. And in that process the case was opened and we won the case. Let Erdogan first look at the legal process. Then let him decide. Turkey founder, Mustafa Kemal Ataturk, the need to respect the will of everyone, "he said.

Kılıçdaroğlu, the CHP members of the bank led by the bank do not interfere with the banking business.

Erdogan: & # 39; CHP shares must be transferred to the Treasury Erd

Discussions about İşbank started after statements by President Recep Tayyip Erdoğan in the press.

Erdoğan argued that the shares of CHP in İş Bank should be transferred to the Treasury Gerekti This kind of existence of Atatürk can not be covered by the label of a political party. He enters the Treasury when he enters. Gir

Sah The CHP owns 28 percent of the Isbank shares. I can not get money from there, but there are four members on the board. What do these four members do? A look at this eler he used his statements.