A car in Sakarya unearthed in a motorcycle: kill 8 people! 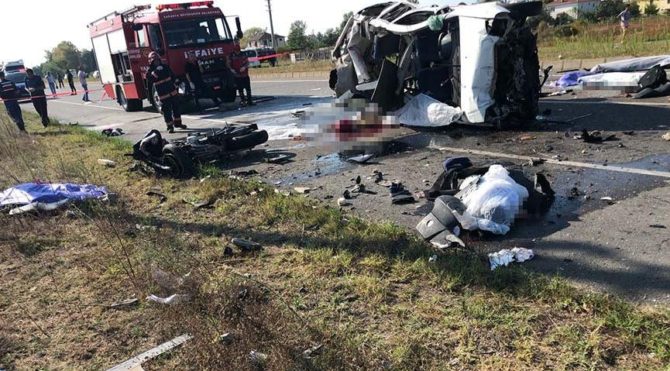 According to the first findings of traffic accidents in the Kocaali district in Sakarya, 8 people lost their lives.

Sakarya Governor İrfan Balkanlıoğlu, who provides information about the accident, said: "All health teams and traffic teams are at the scene of the incident." The road that Akçakoca connects with our grandfather A car loses control and steps across the street, dribbling under the engine group, 8 civilians were killed, two civilians injured, "he said.