A fire that is afraid in Adana! Mother and 2 children were tired of the burning house! 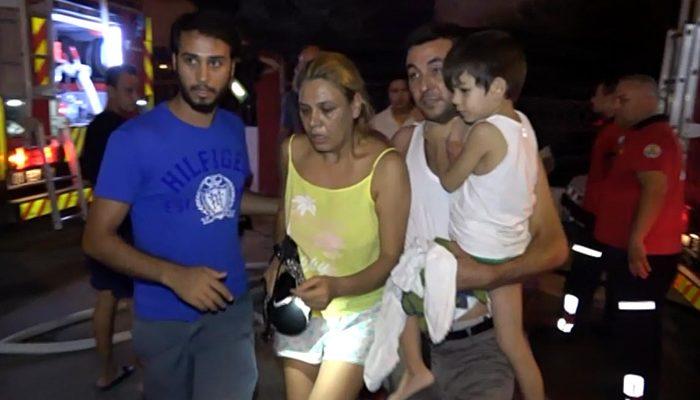 Fire, 1 am in the center of the city Mahfesığmaz district of Cukurova came to the mosque. According to the information received, the flame started to rise in the apartment on the 7th floor of the 9-storey apartment complex. Residents reported the situation at the fire brigade and the care teams. As soon as the fire brigade arrived on the scene, the mother and two children were rescued. The mother and two children have been removed from the hospital as a precaution.

After about half an hour of cooling, the fire was extinguished. Fire brigades investigate the cause of the fire. The burning circle became useless.

While firemen intervened in the fire, they came from their homes in the neighborhood and stood in front of the apartment where there was a fire. While watching the fire with local curiosity, some citizens watched the event via the mobile phone. (IHA)