A new page opens in aviation 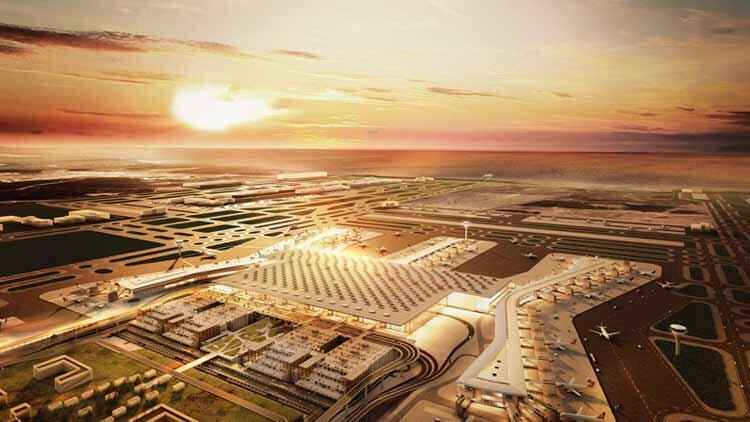 Turhan, said in a statement to reporters, the State Airports Administration (SAMA) Directorate General said the giant project of Turkey performed successively and continue to participate in the value of value. Explaining that the new airport will provide direct and indirect employment to 225,000 people, Turhan noted that 1.5 million more people will benefit from the added value. Turhan stated that there are 32,000 employees, including three thousand 200 employees in the construction phase, and that they are served with more than 300 destinations, including 250 international lines and 50 domestic lines. Noting that the new airport will be one of the largest hubs, Turhan noted that the new airport consisted of a terminal with 6 independent tracks and 200 football pitches. Turhan stated that 114 aircraft could reach the terminal at the same time and could operate aircraft with 143 bridges. Turhan said the terminal had 7 access gates and that the new Istanbul airport would gain strength in the cargo while the trade shifts to the Asia-Pacific region.

SABİHA GÖKÇEN
Turhan pointed out that the second run of the second runway at Sabiha Gökçen airport went into two phases and reported that 95% of the first run of the work Sabiha Gökçen Airport 2nd Runway and Runway & # 39; was reached. Turhan, Esenboğa Airport PAT area construction and repair work is completed by passing 91 percent of the project, 1 parallel taxiway, 3 connection taxiway, 2 de-icing apron, 1 underflow projects under the project carried out special air vehicles reported that the renovation of the platform was complete.