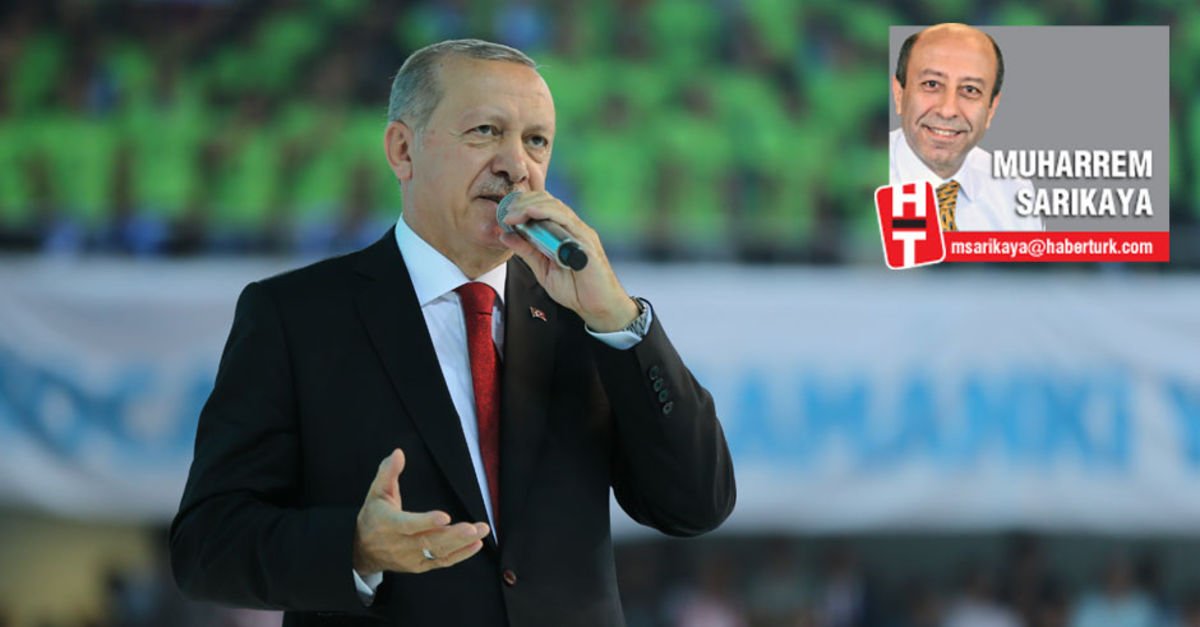 First look at the AK party …

1- AK Party realized the shortest congress of history, the congress ended in 5 hours.

2- This time the top management team of the party changed by 60%.

But this time the change was in the direction of strengthening by adopting the new list of names and letting the existing heavens rule, not to reveal new cymbals. Almost all former ministers who were not on board were on the list and only two names, Mehdi Eker and Revza Kavakçı Kan, were omitted from the former Central Board.

For the first time, the number of people with more than one job was the lowest number …

The party members of the Parliament or the committee presidencies were not included in the list of MKYK.
For example, Mehmet Muş, Bekir Bozdag did not take place in the MKYK, which already existed. On the other hand, Numan Kurtulmuş, the chairman of the National Education Committee, was the name on the MKYK list.

4- The new governing structure of the party also proves that the new center of the executive politics of the government will be the AK party led by Erdogan
This is because the predominant part of the ministers comes from outside politics,

The AK party will create the main framework of politics and pass it on to the presidency's policy councils, who will discuss it and present it to ministers with the approval of the president

The AK party, which has completed its transformation so far with the management system, will be in the final phase adapted to the new system.

Erdogan's interruption of the conference speech and the 16-minute promotional film that Bülent Arınç, the founder of the film, & # 39; did not even think, & # 39 ;, said the party was transitioning to the second phase as it new system.

Salonda wondered most who would sit on the chair of "President Vekilliği", which Binali Yildirim founded as the President of Parliament after the abolition of the rule to to interrupt the relationship with the president's party.

Concerning the 4 messages Erdogan gave in his speech …

When Erdogan entered salone, he knew not how well he knew about it.

When the president entered salone and the chair and the stands together. The main theme of his speech was that Seljuk was the only representative of integrity today the AK party;

"In the case of a strategic cooperation with us, but we will not surrender ourselves to those who appear to be the strategic target, "he continued. Until now, you install the responsibility of all negativity in Turkey took place in the United States.
Erdogan remarkable, but not limited to the goal of President Trump, became the whole of the US government.

When I asked the party leader of the AK party Naci Bostanci the reason, he said: "It is not because the opposition has no place to be criticized, but rather more

[19659002] Erdogan managed to comfort voters around every stage of the elections to date, but it was not only the sociological basis of the first opposition, but the success of his leaders around him.
Apparently he wanted to Do not disturb this air captured by him … MEGA GOES INTO INVESTMENT

3- He stated explicitly that he would not give up mega-investments, which he criticized during criticism. new added to the airports of Rize Artvin and Tokat.

4 – The party again showed that it is the undisputed leader of the party.

It is interesting at to notice that apart from Arinc, the general e presidents were not on the run. My friendship is my sordium and I have not seen it. For example, I did not see former President Ahmet Davutoglu;

Already in Erdogan's speech the following statement by the AK party was clear: "It is a party established on the paper with 60 founding members, The main founder of the AK party is our own nationality … "The country is preferred at every election that is made …