At the cross-point tramp: there are dead and wounded 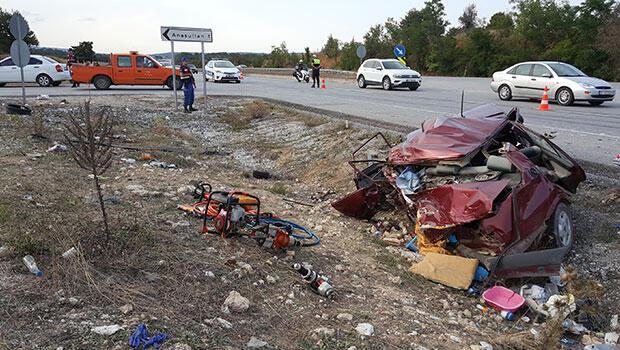 The accident took place at the intersection at the entrance of the Sultan Sultan Mesire Square on the first kilometer of the Kütahya-Afyonkarahisar highway at 17:00. The driver who wanted to return returned to the 43 NA 663 plate car. Otomobile, 07 OR 549 plated TIR, hit the Mustafa Peace administration and fed vegetables from Istanbul to Burdur.

In the accident, a woman died in the same vehicle as the driver, whose identity had not yet been established, at the location of a woman and four people were injured in a car. The wounded were taken out of the vehicle before the fire brigade and AFAD teams were summoned by the transporters, and the ambulances were removed from the Kütahya Dumlupınar University Evliya Çelebi Training and Research Hospital. An investigation was started into the incident in which the TIR driver was detained by the gendarmerie.