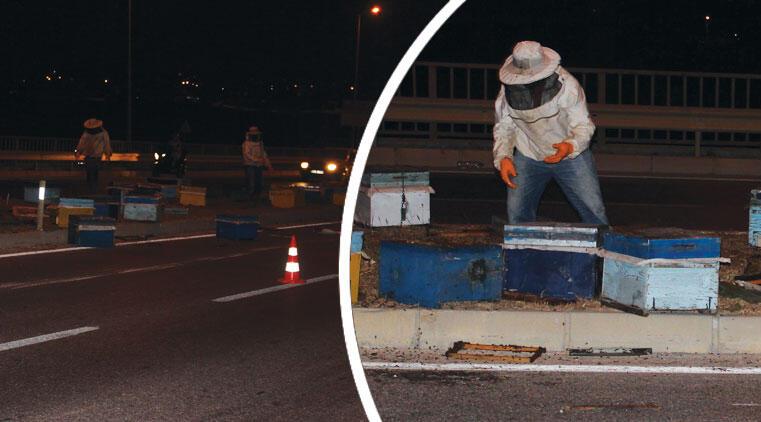 The accident took place in Antakya, the central district of Hatay.

According to information received; From the ring road in the direction of Yayladağı 31 K 5255 plate hive truck driver Mehmet Bolat, lost control of the steering wheel during the crossing of the viaduct of the hospital. Citizens who saw the accident and wanted to eliminate the injured man in the truck could not find it because of the spreading bees. While 112 rescue teams were diverted, Mehmet Bolat was removed from the vehicle with the disintegration of the bears. While the driver drove to Antakya State Hospital, the accident that caused the accident with slight scratches, the teams started an investigation into the accident.

After the victory, he tried to collect hives and more than 10 beekeepers in the field. After the cabinets were lifted, the overturned truck was smoothed out by the citizens. When the truck was lifted with the tractor, the traffic returned to normal.