Binali Yıldırım: This sentence threatens, this nation will not intimidate 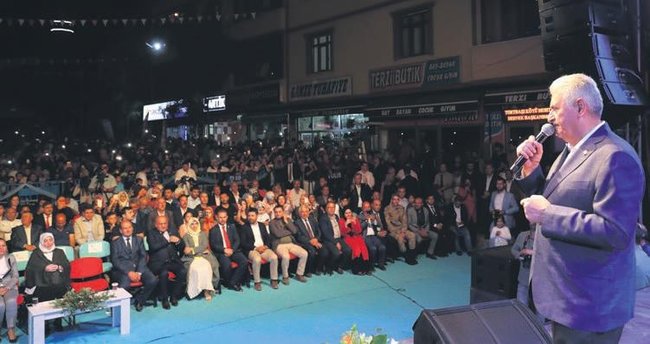 EP President Yıldırım, Erzincan held in Refahiye district 17. In his speech on the traditional Honey Festival to the economic attacks on Turkey "on the exchange rates, interest rates, they try on a par with Turkey in economy, but I say here, say I'm from the government, telling the government center, you will not succeed again. "This sentence was threatened, this nation is not intimidated," he said Yıldırım stated that terrorism has reached the point of fighting the battle given "With the superior efforts and success of our security forces, elhamdülillah has now emerged from terrorism as a terrible dream of this country." Turkey in the past 16 years and they have a very good service that makes them both born and raised on the land where the Lightning, splitting ways of life, nation, stressed that they unite heart.