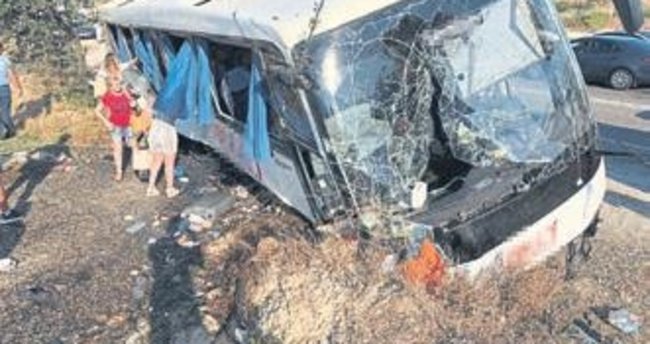 Twenty-six people were injured after the overthrow of the tour bus in the town of Seydikemer in Muğla. The accident took place at Seydikemer & # 39; s Eşen on the previous day at 5.30 pm. 26 AJ 808 plated tour bus in the direction of Ufuk Meral, took the road in Eşen Quarter and was taken over to the camp. After notification, a large number of health and firefighters were sent instead of an accident.

33 PRESENTED 26
In the accident, 26 of the 33 Turkish passengers were injured on the tour bus. It is stated that the state of health of the injured people removed from the hospitals in Fethiye during the health teams is good. It was learned that the autobahn passengers from Göcek went to the Kas district of Antalya. After the accident, the bus driver Ufuk Meral was called to be called.