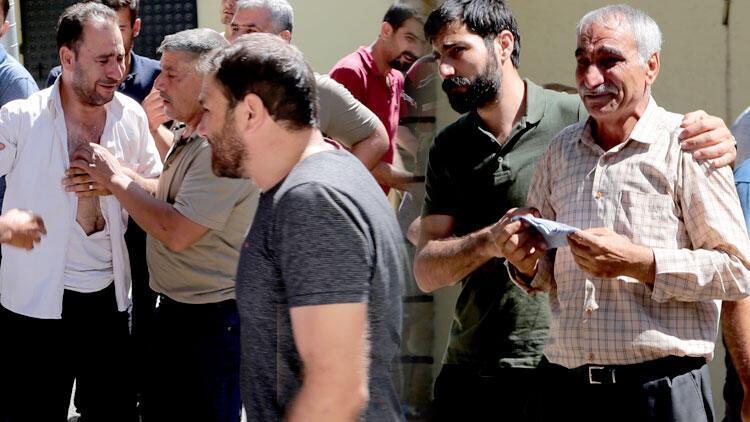 The accident happened this morning on the highway Oguzeli-Elbeyli. 27th AAH 618 plate minibus belonging to the catering company used by Ali Bor and 79 & # 39; i35 plate trucks directed by İbrahim Şahin who brought the seasonal worker to the pistachio garden collided. Four people whose names were not determined in the accident, lost their lives on the spot and many people were injured.

Many health, rescue and security officers were referred to the district per notification. The wounded were removed from the vehicles with the work of the teams and taken to the hospital with ambulances. He was taken to the hospitals and intervened in emergency services, and he lost his life by not recovering 4 of the wounded. The bodies of 8 people were removed for autopsy. 19 people were injured in the accident. The wounded were treated in different hospitals.

GENDARMA DOES NOT HAVE A MOBILE PHONE

At the site of the accident where the canal market lived, Ali Bor's mobile phone was constantly stolen. The gendarmerie could not answer the cell phone that was playing for a few minutes.

Governor of Gaziantep, made a written statement in the morning hours about traffic accidents. Declaration that the injuries of 19 patients who were injured in the accident, 8 of whom were admitted to hospital, were stated as follows:

"Today in the morning came Oğuzeli-Elbeyli highway in Kayacik 27 AAH 618 plate minibus with the other side of the 79 & # 39; den 351 platform trucks collided with the result of a double-sided material damage, a fatal / injured road accidents came on the spot. in total 8 people lost their lives and 19 people were injured The treatment of our injured patients continues in our hospitals where they are referred by ambulances We wish that the victims of this accident lose their lives with grace and patience and condolences to their family members.