Cavusoglu wrote to the American media: the message of critical Incirlik 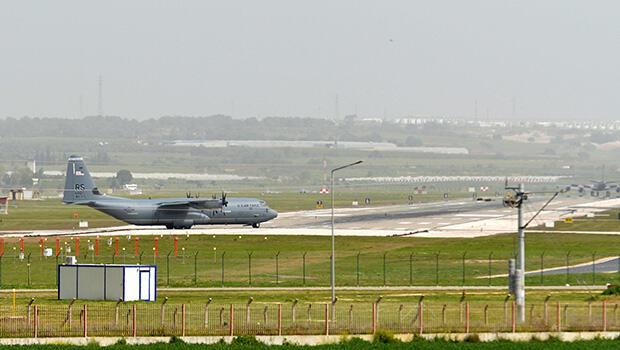 "Alienating an ally that his country is vital to share in national interests is preventable," Cavusoglu said in an article in the US newspaper for the USA Today newspaper. He said.

The US President Trump NATO states Cavusoglu Minister stating that the right to demand the increase in defense budgets, "But Turkey targeted sanctions and more sanctions threat that it would alienate that many other NATO allies would alienate a country." he picked up his words.

Claiming Cavusoglu will remain Turkey's allies, the text has included these words:

"NATO in 2006, members of the target countries up to 2 percent of the gross national product as official defense expenditure.Unfortunately, steps towards this goal, which was scored in the country is only one side pass.In Turkey, this aim to achieve by 2024 and currently our military expenditures More than 20 percent of NATO principles, we are NATO allies in the oldest and most geographically strategic position and we guard the south wing with the second strongest army. "

Trump's attention to sanctions against Turkey Ministers Cavusoglu, said that the strengthening of relations that weakened the struggle against the global threats should.
Çavuşoğlu emphasized that this danger continues, claiming that an important step has been taken against the terrorist organization DEAS.

Turkish security forces to catch terrorists trying to cross Turkey to Europe, Syria are conducting an important battle in an article that stated that Cavusoglu, use the following statements:

"Should try diplomacy instead of raising Trump taxes." Turkey, that Dease is at the forefront in the fight against American soldiers is home to the Incirlik Air Base. "The provisions in this area is crucial." To allied forces, according to other bases in the region will have a meaning to save hours and Dease the fight against it has made a very big difference. "

Trump management of additional customs duties on steel and aluminum imposed for Turkey stressed that Europe and the United States also criticized Cavusoglu, he said that these sanctions are intended to influence the Turkish economy. Çavuşoğlu also noted that these taxes would be detrimental to American-European commercial interests.

The US Chamber of Commerce also responded to the Trump government and noted that "this irresponsibility must come to an end", emphasized Minister Çavuşoğlu.
Cavusoglu, Turkey, the United States thought differently about many important issues, but also pointed out that many regard as strategic allies, "disagreements among us for the sake of everyone that we are dealing with diplomacy." He made the assessment.