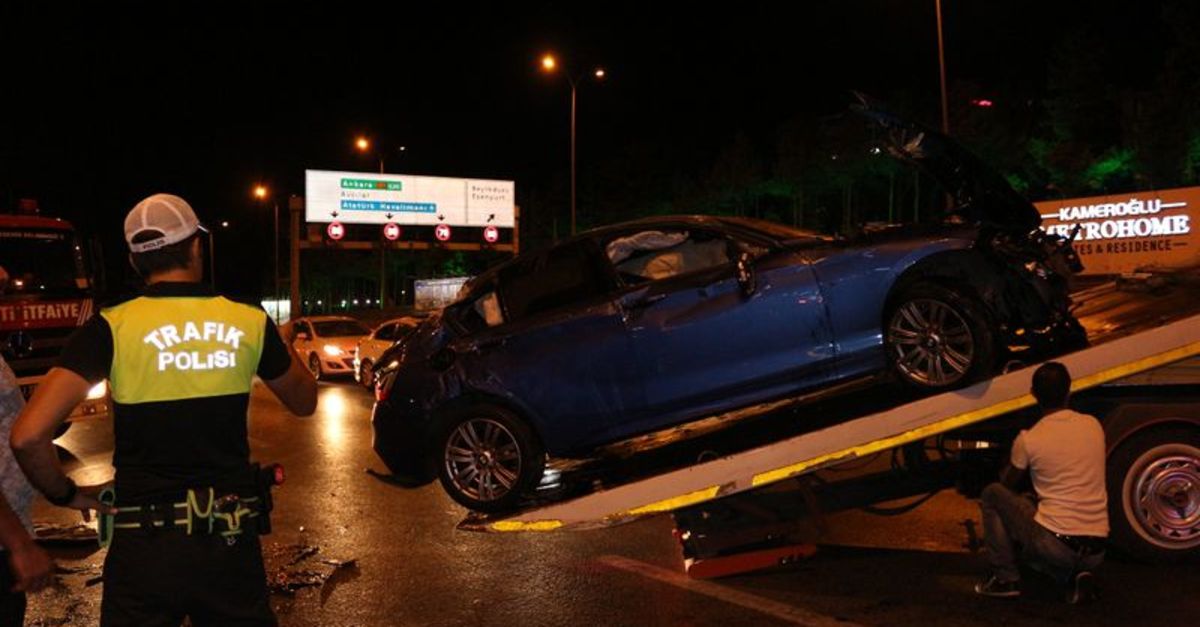 D-100 motorway Beylikdüzü mevkii Edirne in the direction of the traffic accident at 2 am in the morning came. According to the report of the UAV, two cars collided for an unknown reason in the same direction.

Under the influence of a car, a car first hit the barriers. Later the lashing of the car began to shake. A person in the vehicle who rolled over the head was stuck in the car. Those who saw the accident immediately ran. On the way, the car, which was reversed, turned out to be a person who was stuck in the vehicle and could not learn the name.

Police, firefighters and health professionals were referred to the case on the notice. The first intervention on site of the injured patient was removed from the hospital despite all the procedures on the way. Two wounded were taken to hospital for treatment.

Vehicles involved in the accident were removed from the scene with the aid of a tractor. The investigation that started with the accident is under way.