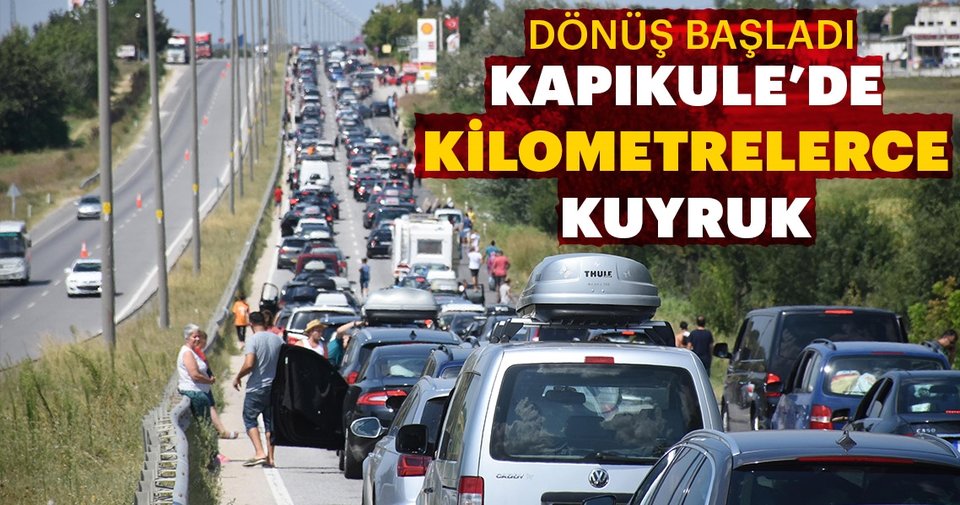 While Turks living in Europe come to Turkey to spend their summer holidays, their return continues. Because of the holiday of Kurban Bayram, those who wanted to go abroad went to customs at Kapıkule Border Gate to the outside of customs. One of the busiest days of the turnaround, the expats in the Kapikule Border Gate had a double row of about 6 km. Authorities of the Regional Directorate Trakya Customs and Trade stated that at least 150 vehicles had been checked out throughout the hour and that there was intense talk between Thursday and Sunday. It was noted that the returning expats could make a more comfortable transition by choosing other days.

Ali Osman Doğançay returned to Germany and declared that they were taking tail wagons at each border and said: "We have to choose the inland where the aircraft are very expensive at the time of inspection. We have to find a solution in the queues at the children. We need to add that the customs need at least 10 hours, assuming we're gone, "he said.

Vural Güler, who lives in Austria, stated that he was looking for foreign currency as a foreign currency and that there were big problems with the children in line and said: "Last night we left Eskişehir, we are still on the road, we it's 12 months on the road, I do not know how many hours we'll take in. There are many countries when we get out of customs.

Unlike those who respond to the queues, Ahmet Yilmaz, who normally responds, said, "We're waiting for 4.5 hours, we're going to see this and we're waiting for 20 hours." The people miss everything, they do not want control, nothing in it. that direction. "My friend bought food and drink and told him he was going up the road.

According to the regional management Trakya Customs and Commerce, only 246 vehicles were accessible from Kapıkule Border Gate and 21 thousand 783 vehicles with 4,286 vehicles in the last 24 hours. The Turkish and Bulgarian customs carry out passport and customs checks to resolve the density of 9 peron peronda. In addition, Trakya's customs and trade management and the Edirne government set up mobile toilets for expats waiting in line.